It’s time for a brutally honest conversation. Some women don’t want kids. Being a parent is just one of the many roles that women can play. I particularly feel angry when women are pushed into or forced to be parents when they have no intention, inclination or desire to be mothers. Parenting, including having kids, should be a matter of choice. A child does not want or need a reluctant or frustrated parent.

As women, we are human beings first with desires, ambitions, talents, skills and purpose. For those of us who choose nurturing as their primary goal be the best you can be, it’s a choice! Personally I preferred to have my children in my 20s as they are important in my life path. However, we should all respect that women have a different paths through which to contribute to society. Sometimes this does not include having kids. If you’ve felt alone by not feeling any maternal desires, this list of prominent childless women will remind you that you are not.

Rosa Parks is famous for refusing to give up her bus seat to a white passenger in Jim Crow era US. Her defiance lead her to became a symbol for the Civil Rights and she later received national recognition for her work as an activist.

Oprah is undoubtedly the Queen of media. She doesn’t need an introduction, we know that she is the richest African American of our time and possibly the greatest black philanthropist in history. 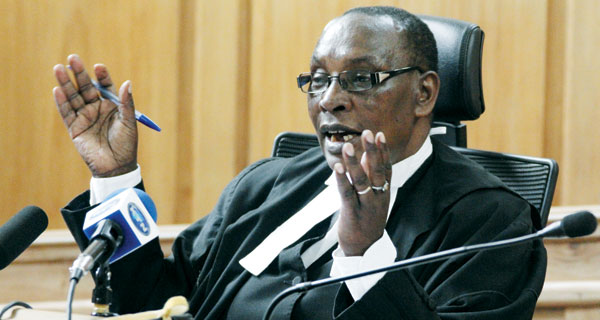 The Court of Appeal judge with over 30 years experience in law, Roselyn was the chair of the Kenya Women Judges Association. She created scholarship for destitute children and is also known participate in communal activities like funerals and harambees.

The iconic singer of the blues, Billie Holiday never had children. She pioneered new forms of singing and is known for her voice which captured her audience’s attention completely.

The number 1 most powerful woman in world this year, according to Forbes, Angela Merkel is the first woman leader of the Christian Democratic Union party and the first woman Chancellor of Germany.

Condoleezza Rice was the first woman to serve as National Security Advisor and the first African-American woman to be Secretary of State. Condoleezza is also a professor of political sciene affiliated with Stanford University.

For those who just don’t want to have children now, remember that child bearing can be deferred until even your forties. This can allow you to pursue any other ambitions you may have during the “prime” of you life (that is between the ages of 25 to 35) .