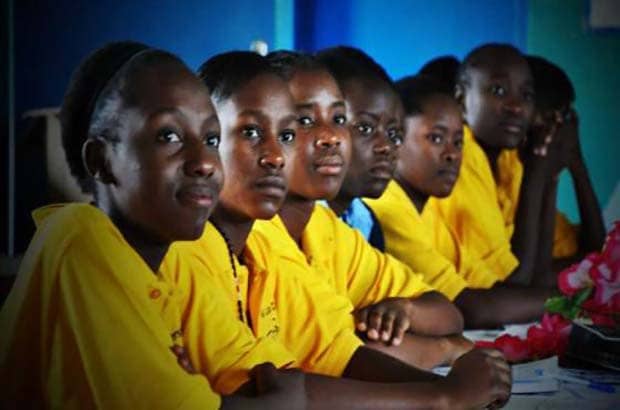 A number of African cultures traditionally sideline girls leaving few opportunities for us to talk about the prevention of abuse. While some African governments have introduced laws aimed at protecting girls, protection alone is insufficient. We need the platform to show who we are and what we can do without being viewed as “just girls”.

Over the years, more women locally and internationally have responded positively to the upliftment of girls by taking on higher positions of authority in society and government, and pushing for change. Successful women respond to criticism by proving that life is not about being at home and raising the kids, but there is so much more we can do out there to change the political and economic situations all over. This stresses the need for us, as sisters to stand up and act.  Surely in a world where girls outnumber boys by 52 to 48 percent, the scales of authority should tip in our favour? We can’t have patriarchy controlling us from all corners.

The situation in Zimbabwe

Where I’m from, we are slowly reaching a far yet near destination in total emancipating girls. I say its far because of the mountains and obstacles to be moved and grappled with along the way. The situation of girls in Zimbabwe is a sorry state of oppression disguised as norms heavily imposed on girls. To adjust and adapt to the hostile environment and curve their own space in the world, girls use methods that often diminish their being.

Take for instance, the Blesser-Blessee “situationships”, where girls offer men sexual favours in return for their needs being met. It is exploitation, yet it happens because girls don’t see a way out. Then, some of us are criticized for our choices to remain single or childfree, even when it’s our choice to create our own path and not fall into traps created by society. Zimbabwean society even gives unmarried women nicknames such as “Chipo Chiroorwa”, which translates to “get married now or risk becoming ridiculed.”

Girls are good for more than marriage

I met a young girl from my hometown once, Ruvimbo. She fell pregnant at the age of 14 leading to a loss of parental love, education and deterioration of her physical health. She dropped out of school to look for work and fend for herself and the baby after been chased away from home and forced to elope. The boy, on the other hand, was allowed to continue with his studies. Ruvimbo suffered silently, unable to share her concerns for fear of rejection, stigma and discrimination. Her story brings to light how girls are more often than not, overpowered by societal pressure to get married even when they don’t want to.

Many young girls and women out there put on brave smiles that hide sad stories about the detrimental effects that adolescent pregnancy has had on their lives. By succumbing to such pressure, girls are forced to deal with the overwhelming psychological trauma of giving up their dreams, and being forced into parenthood at a young age without necessarily being prepared for it.

Stereotypes can be changed

We are brought up in a culture that indirectly promotes male chauvinism. Some of us believe that the only way to belong to society is to abide by social standards and chauvinistic rules. The problem is, behind these rules is a false idea that gendered roles, emotions and behaviors are biological. They say it’s natural for men to show superiority, dominance and aggression and for women to be weak and servile. Really? The truth is, these stereotypes can all be changed. Women need to kick start the revolution and increase the volume of voices to prove that we too can be superior and aggressive.

Ladies, let’s avoid people that try to belittle us and our ambitions. Small people always do that but the really great people make you feel that you too, can become great. Let’s review our own beliefs, attitudes and stop perpetuating the male chauvinism that limits our opportunities. We all want to see girls doing good for themselves. If each successful woman can hold one girl’s hand, imagine how many of our girls will be at peace.