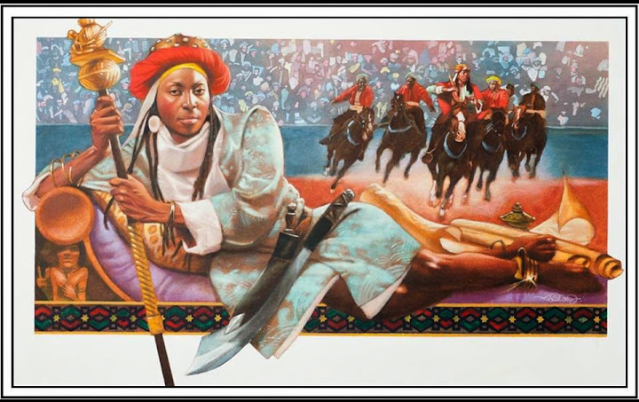 History is such a fascinating subject. It is very enlightening to be able to study people, places and events which occurred before you because they help shape modern thought and explain the current status quo.

We often hear about great heroes and heroines throughout history who have impacted on our world but African women in particular have not received as much spotlight. As Motherland Moguls, we acknowledge and pay our respects to those who have paved the way before us. You’ll notice these women had different methods of achieving their goals but for us what stands out is what we can take away from their stories.

This is by no means an exhaustive list, we hope you enjoy our selection nonetheless. Let’s delve into important lessons from our African heroines who remind us that the struggle is not a new one, but indeed we can come out on top as game changers: 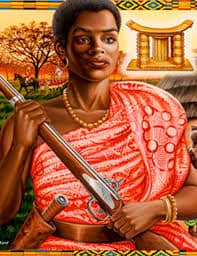 Yaa Asantewaa was the gatekeeper of the golden stool a symbol of Ashanti supremacy. When her father and brother were exiled by the British colonialists in the 19th century, she charged the Ashanti people to fight for their freedom. Whilst many were afraid to fight, she demonstrated immense bravery even calling on her fellow women to fight if the men would not. She was instrumental in the independence fight leading an army of 5,000 in battle against the British.

Being a woman was not an excuse for Margaret Ekpo. In the early days of her political activism, she found herself being the only woman at a political rally she attended. Unimpressed by this, she tried to get other women to become more involved in political matters.

Unfortunately, most men would not permit their wives to do so. She later invested heavily in the salt business during a period of scarcity. Having the upper hand, she refused to sell salt to women who would not join the Aba Market Women Association. As you can guess, she soon had the turnout she was looking for and was able to promote economic empowerment for women through the association.

Lesson #3: Your pitfalls can become your crowning glory

Ahebe Ugbabe is a woman who doesn’t get as much shine as she should in African history. She is hailed as the first female KING of Igboland. Yeah, I wrote that right…king, not queen. What’s most remarkable about her story is that she was able to turn lemons hurled at her into some good ol’ lemonade.

Sacrificed to be married to a village deity as penance for her father’s sins, she managed to escape to another community and later returned to be installed as a warrant chief, eventually becoming king! 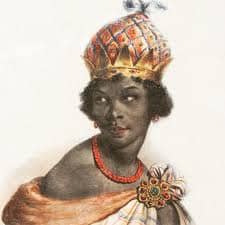 Lesson #4:  Re-invent yourself where necessary

Queen Nzinga of Angola is remembered for her brilliant political prowess. She ruled over the Mbundu people through the aid of the Portuguese colonialists. Prior to her ascension to the throne, women were not allowed to do so.

She thus adopted the name Dona Ana de Sousa which had Christian and Portuguese affiliations to ring in their support. At some other point, she is reported to have taken on the title Rainha de Andogo meaning ‘Queen of Andongo’.

This queen had so much kickass, we have outlined not one but two lessons from her story.

Lesson #5:  Elevate yourself when others try to put you down

At a conference with the Portuguese authorities, an attempt to humiliate Nzinga was thwarted when she made a conscious effort not to be put down.

Offered a seat on a mat as a sign of disrespect, Queen Nzinga sat on her servant’s back to negotiate the peace discussions.

A phenomenal woman, Funmilayo Ransome-Kuti was an influencer, activist for women’s rights and human rights campaigner. Founder of the Abeokuta Women’s Union, she has been immortalised in history as one of the delegates who negotiated Nigeria’s independence from Britain.

She dropped her Christian name ‘Frances Abigail’ in response to the racism she personally encountered in Britain. There is no doubt that she influenced her offspring with her revolutionary ideas as several of them went on to become radical voices against different forms of injustice.

Queen Amina is hailed as a brilliant military strategist and warrior who performed incredible feats leading her troops into battle, conquering new territory and fortifying the kingdom of Zaria.

Referred to as a legend, Queen Amina’s badassery also extended to the control of trade and the erecting of walls surrounding Zaria city.

We hope you’ve been doubly inspired and motivated to perform great feats in your chosen professions and the world around you. So, adjust your crowns and let’s get to writing our own amazing stories that will remain ingrained in the sands of time!