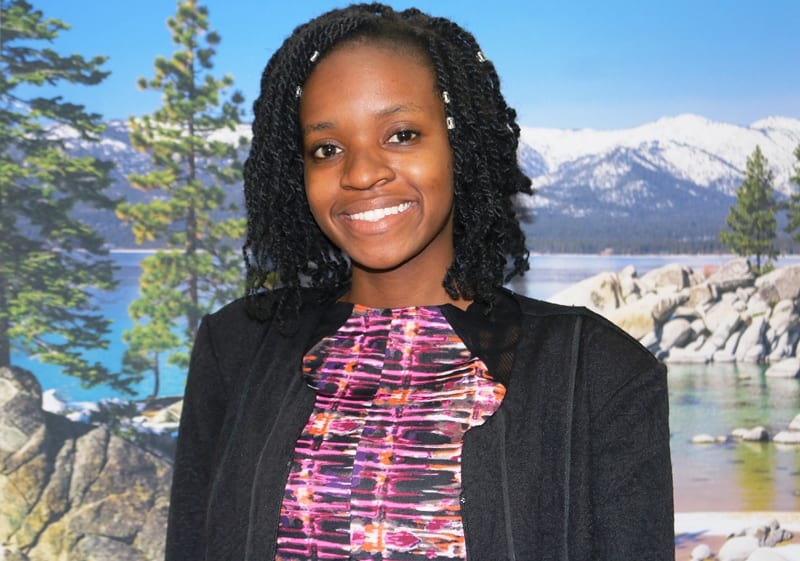 Dumisile Melody Mphamba is a 19-year-old Zimbabwean young lady who will be starting her undergraduate studies at Stanford University, this fall, under a full scholarship.

Growing up in a country with a ‘broken’ health system, she aims to contribute solutions to eradicating the inequity in the healthcare sector. Dumisile  hopes to becomes a medical doctor and public health professional, who focuses her career on optimizing access to healthcare, for low-income Zimbabweans.

She describes herself as an artistic scientist. During her high school days, Dumisile co-managed 26 extracurricular clubs  including: Public Speaking Captain and Toastmasters Vice President. She is also an active She is a Worship Leader, actress, Youth Music Director and volunteer in her community. Dumisile is the oldest of three girls, and lives with her parents and sisters in Harare, Zimbabwe.

In this interview, she takes us through her incredible story to Stanford…

What has been your motivation for excellence and what impact have you made as a result?

My core belief is that I was created to praise and please the Lord. What better way to honour my Creator and Source than to give Him my best and nothing less?

In this same regard, I take pleasure in developing other people, so that whether they share my spiritual beliefs or not, they can live to get the very best out of life, and share the very best of their gifts with the world.

I do this in many ways, my particular favourite being, as a mentor and Youth Group Leader in my church, as well as the Youth Music Director and Worship Leader. In addition to that, as a Cultural Captain and leader in my school.

I believe that, by striving to maintain excellence as a form of worship, I inspired several of my schoolmates to pursue academic, extracurricular, sporting and other equally important forms of excellence, and thus obtain a sense of fulfillment.

By striving to maintain excellence as a form of worship, I inspired several of my schoolmates Click To Tweet

Take us on a walk through your journey to attaining a full scholarship at Stanford University?

I began considering applying to the US for tertiary education when my school Guidance Counsellor suggested that I consider it as an option. Anyone who knows me, knows that at the time (I was 17) I had made a solid plan to complete my GCE A-levels, pass and go straight to medical school, without going through the relatively complicated American path to becoming a medical doctor.

It took a lot of convincing from my Guidance Counsellor and my mentor, Dr Charlene Kembo-Chideme. But, I joined EducationUSA Harare, took the SATs, sought guidance from the EducationUSA advisor and fellow Zimbabweans in the USA (in crafting my application essays), applied, and the rest is history.

I was accepted into the University of Pennsylvania and Yale University, also on very generous scholarships, but Stanford had always been my dream school, and their package was the most generous of the three. So I am very grateful for having such an easy choice to make! 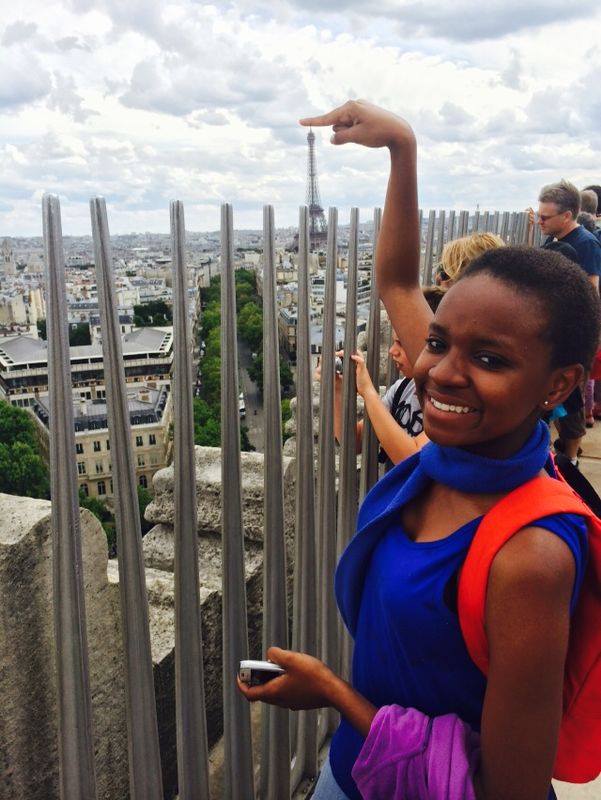 What principles have been fundamental to you and why?

My defining element is my constant motivation to please God, and pursue a close relationship with him. But, this was not always my conviction.

It is then that I began to realize, through prayer, introspection, and a bucket load of tears, that my job was not to understand why things were the way they were. But, what was important was for me to flourish in those circumstances, and please God by doing my personal best, no matter what my surroundings looked like.

While in high school, you balanced having an outstanding grade while managing over twenty-six extracurricular activities. How did you achieve that?

The most important element was my close relationship with God and our often brutally-honest conversations. I also received constant encouragement from my parents, and had a strong support structure of older sisters, particularly my mentor, who affirmed me especially when I needed it.

I also have to mention my artistic outlet. I studied only science subjects at Advanced Level, and so it became increasingly important for me to deliberately let out the artist in me on stage, through public speaking, theatre, music and worship. 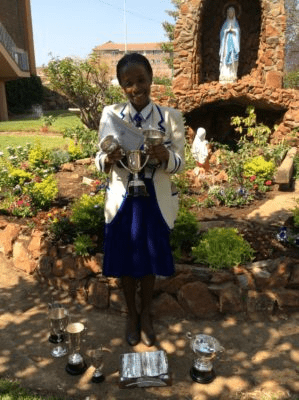 What qualities are essential for young Africans?

Resilience is key. One of my favourite quotes is “A river cuts through the rock, not because of its power, but because of its persistence.” – Jim Watkins. As young Africans, we must believe in the unique gifts and ideas we possess.

We must be resilient enough to seek new ways of pursuing our goals if ever we fail, and we must refuse to allow our gift to die without being tapped into. I believe that leadership is the ability to use our gifts to unite people; Towards a vision that benefits  followers, and to inspire them to develop their own vision for their lives, so that they may use their gifts to, in turn, benefit the lives of others.

What are your plans for Africa and Zimbabwe in particular in the coming future?

My goal is to become a medical doctor and public health professional, who focuses her career on optimizing access to healthcare for low-income Zimbabweans.

I look forward to collaborating with many like-minded individuals, both in Africa and the world at large, who are also passionate about developing healthcare infrastructure in our part of the world.

During college, I aim to involve myself in service initiatives that can, in one way or the other, enable me to begin to work on developing Africa. 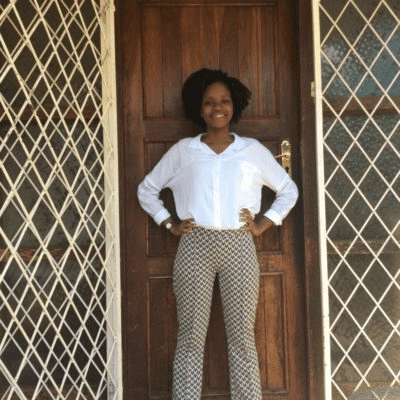 I first heard of Alliance Francaise de Harare’s annual national contest ‘Sing Your Way to Paris’, when I was 13 years old, and purposed in my heart to win it someday, even though I had never sung in French before, let alone in front of the audience.

I entered the contest when I was 16. With the support of my family, French and Music teachers, and my musical genius of an aunt, Aunty Tammy- I sang and performed ‘Je Lui Dirai’ by Celine Dion, and became the first teenager ever in the country to win the contest! It was a dream come true.

Reading a book or watching a movie, what would be your preference?

That is hard to answer. I tend to watch movies upon recommendation from trusted sources. The same goes with books. It is my own elaborate form of laziness. And I am proud of it!

What an inspiring young lady! How has the belief in excellence helped you achieve your goals?

Let us know more about you and your story here.