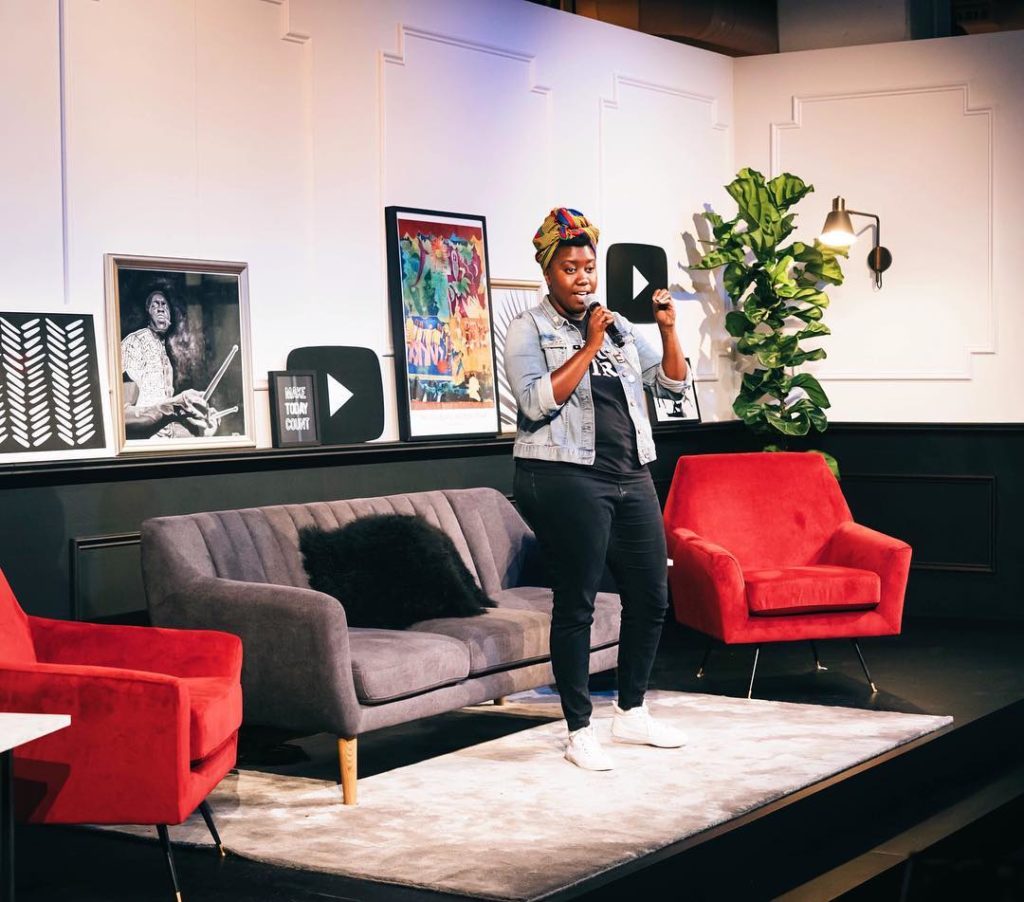 The YouTube world has grown exponentially in the past few years thanks to more and more people using it as a platform for content creation.

YouTube has produced big names in the digital world such as Lily Singh, Patricia Bright, Jenna Marbles and the like. Kenyan-American YouTuber, Evelyn Ngugi is well on her way to the creme of the crop of content creators with her channel, Evelyn from the Internets which currently boasts 150k+ subscribers and even got the stamp of approval from the Queen bee herself, Beyonce.

Evelyn recently took a trip back to her home country for the first time in over a decade and spent some time meeting her internet cousins (her name for her subscribers) and discovering Kenya again as an adult.

SLA managed to get some time to chat with the hilarious Texas native on her growth in YouTube, her thoughts on the creative industry in Africa and what’s in store for her in the future.

You started making YouTube videos way before it became the IT thing to do. What got you interested in that medium of sharing?

Tinkering with different media has always been an interest of mine. As a child, I would dub my “radio show” over old cassette tapes.

As a teenager, I would enlist my little brother to record “TV shows” and burn them onto blank DVDs. YouTube/the Internet was just next up, in terms of accessible technology.

How has social media helped grow your brand?

I’m more interested to know what people think my brand is, to begin with! Social media changed the game because it makes people and their processes accessible. For example, we used to only be able to interact with musicians or actors when their work was released or they had a press interview.

Focus on making an amazing product first. Social media algorithms will have changed 10 times by the time you’re ready to advertise - Evelyn Ngugi Click To Tweet

We love that you stan hard for various Black Girl Beauty Brands. What advice would you give to young women out there looking to start and/or build their own brand?

Focus on making an amazing product first. These social media algorithms will have changed 10 times by the time you’re ready to advertise anyway.

So many people want to be a “brand” but they don’t actually have a product yet. 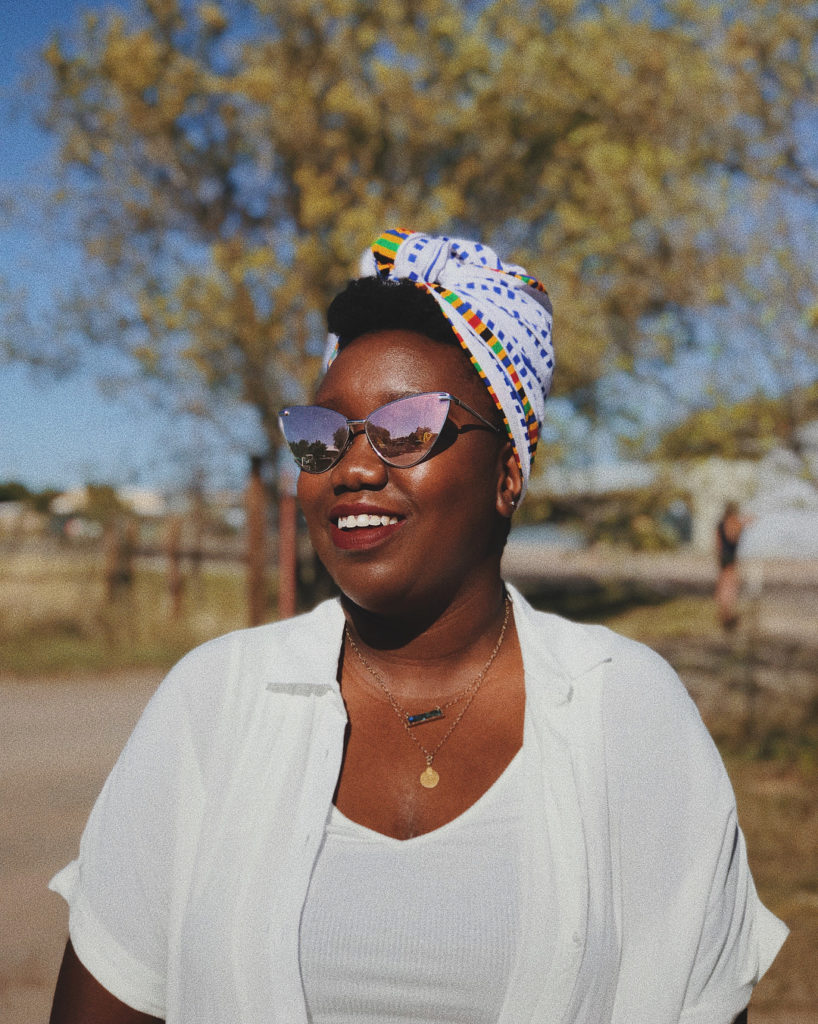 You recently took a break from the daily routines of life as explained in your recent video. Why did that happen?

The break was the decision and goal I made for late 2017 and the rest of 2018! Something about being 27, girl… it makes you realize that you are in control of your time.

Do I want to spend the tail end of my precious twenties feeling stuck, or do I want to pivot into something greater? I chose greater.

What inspires you as a creative and what drives you as an entrepreneur?

I’m definitely a creative, but not an entrepreneur (yet). I think that’s just a misconception of being on the Internet. I’ve been #TeamHaveA9to5 my entire adulthood (which isn’t long) and I’m only now figuring out if I want to work for myself.

What inspires me as a creative are how innate and infinite my imaginations are and how hard work only makes things better.

So toddlers are creative, but those toddlers eventually grow up and become Martin Scorsese or something and that’s just incredible to think about. Not even trying to be funny, but as an entrepreneur, I imagine not being homeless or hungry would be the biggest driver.

You cut your own check and that sounds stressful fam!

You recently visited Kenya for the first time in over a decade. What are your thoughts about the creative space in Kenya vs other African countries?

Hmmm – that’s such a huge question for a first generation kid-essentially-turned tourist! From my brief time there, I noticed creative folks were frustrated.

What does it mean for music to sound Kenyan? Fashion to look Kenyan? When we talk about Nigeria or South Africa or even neighboring Tanzania, some of those things are more clearly defined or accepted.

Who are your top 5 YouTubers?

I feel like these answers change every time – thanks to YouTube algorithm! So right now, in no particular order:

KickThePJ: He’s just fantastical and whimsical and embodies what I still admire about YouTube. Making stuff up. Making stuff with your hands. Combining the two. A multi-media filmmaker.

Beleaf In Fatherhood: As a single, child-free person, it is difficult to find a family channel that holds my attention. This family combines my love of dope music with an attention to detail and story that is unmatched.

Oh, and it’s #blacklove all the way.

Patricia Bright: She is OG YouTube. She is still here. And she’s killing it. I think she’s gorgeous and hilarious and if you can make someone who wears black 90% of the time (me) still be thoroughly entertained by a 30-minute video of you trying on clothes??! SUBSCRIBE.

F0XY: Jade has such a distinct comedic tone and voice and I just want her to win. Because if she wins, I feel like I can too. She’s relatable like that. Inappropriate and so, so relatable.

Lavendaire: She is a sweet whisper of lavender essential oil infused vapor that calms me down and helps me be productive all at the same time. Gorgeously branded channel and impactful content.

Do you plan on moving on from YouTube to mainstream television or the big screen?

My plan for 2018 is to do more screenwriting and share more stories – both my own and those of my fellow earthlings.

Where those stories end up for your viewing pleasure isn’t necessarily the most important part of my plan. But if a TV show or movie wants to holla, I’ll definitely clear my google calendar!! Shoot! 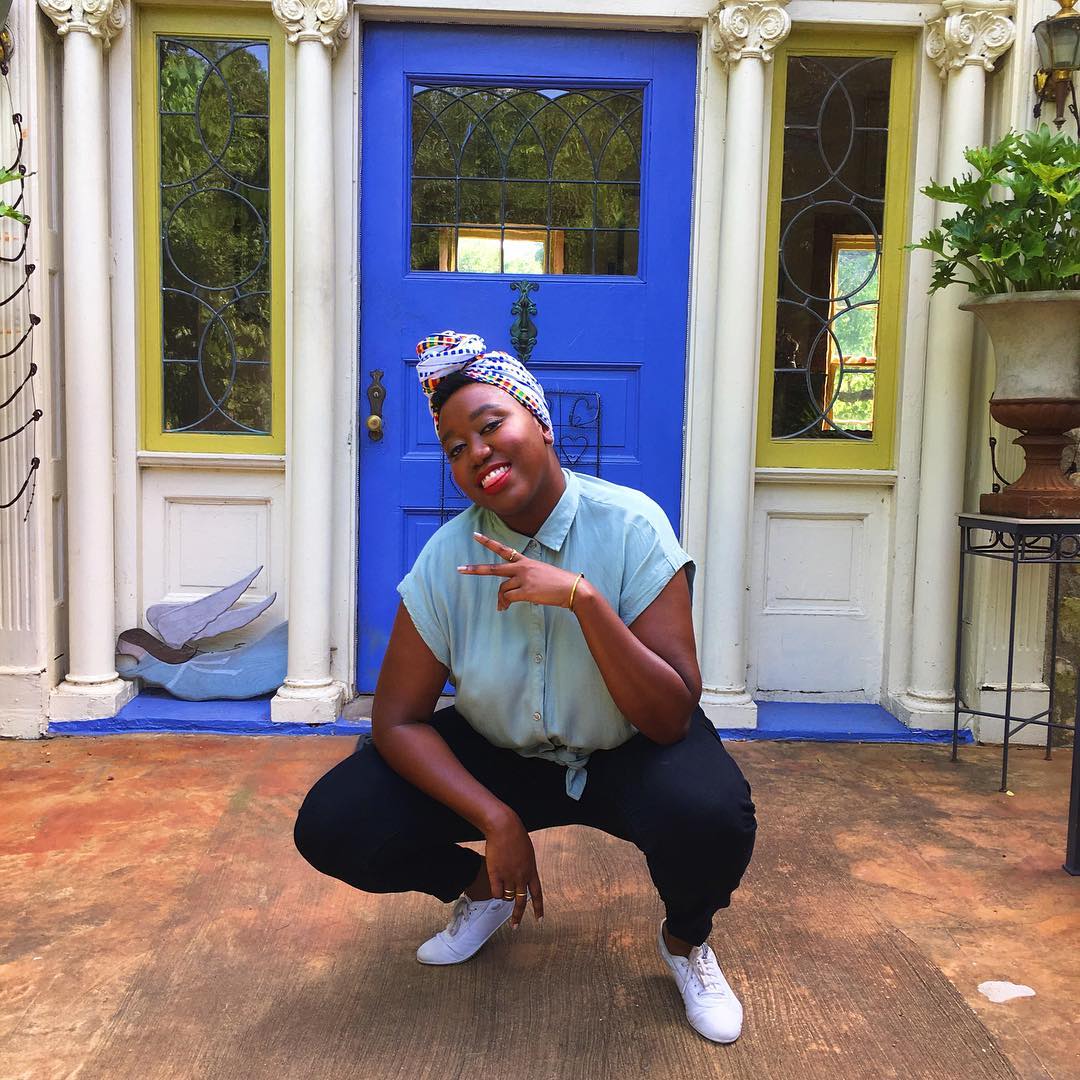 What would you be if you weren’t a YouTuber?

YouTube is just a platform. I’d be doing the same thing I’m doing now, just on whatever website ended up popping off instead of YouTube. I’m a journalist, storyteller, funny girl, and hopefully, a friend in your head.

“Be thoughtful and silly.” That’s a quote from Hank Green about what it means to be an adult. Growing up and becoming boring/bored terrifies me, so I find comfort in that idea.