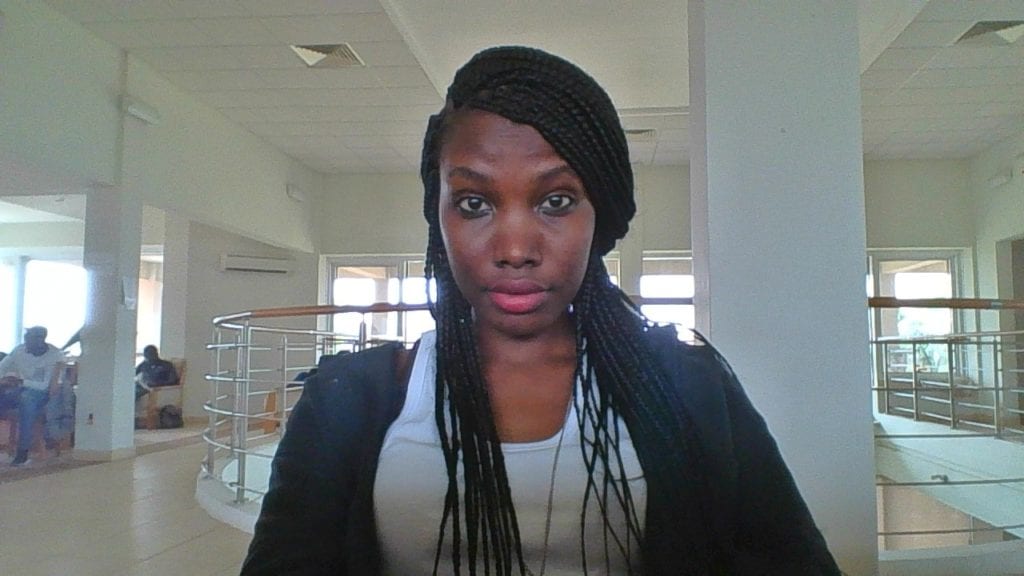 At 21, Lukunse Betty Paulls has already accomplished more than most women her age could even dream of. The Kampala native who is currently working towards her degree in Business Administration at Ashesi University in Ghana, is also a model, blogger and writer. Most recently, she added the title of social/cultural ambassador to her resume.

What began as a simple idea to find a way to showcase the richness and diversity of African culture has turned into Mutima_Wangu, an online platform that seeks to create awareness about the history and culture of Africa in different settings. Over the past year, Lukunse has directed a lot of effort towards growing the platform. She’s orchestrated everything from picking the concept, finding models and photographers and even doing a bit of creative directing herself.  In her own words “Africa is rich (in culture), let us never forget that”.

For someone so young, you already have quite a list of accomplishments under your belt. Could you share with our readers your story so they understand your journey and how you have managed to take on all these roles successfully?

I don’t see them as many achievements but thank you. To be honest, I still feel like my journey has only just begun. I started writing at fourteen, even though my writing still hasn’t garnered much publicity. I self-published my first poetry collection in early 2015, and the other two books shortly after joining Ashesi.

As for modelling, I had my first photoshoot ever in June 2015. It was a great experience and the support I received from my manager and the filmmakers at the Uganda National Theatre was overwhelming. I’ve done a bit of modelling and had a few photo-shoots since moving to Ghana as well.  I started blogging on and off since January 2015 and have only recently decided to start blogging more consistently and using that as a platform to share my voice and my work. And finally, about being a cultural ambassador, I guess that came about when I realized I could not focus on modelling without combining it with something else. For me, that something was art.

I have no intentions of being a runway model. I have always focused more on the more commercial aspect of modelling than the typical struggle of making it as a runway Queen. And I decided that if I was going to take the commercial route, I wanted to do it in a way that would be beneficial to society. Bearing all this in mind, I went through a period of soul-searching and consulting with my mentors Kobby Graham and Dean TK, and through this the idea for Mutima_Wangu was born. 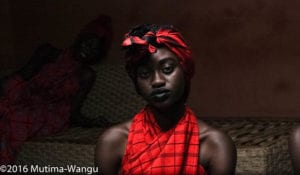 I checked out the website for Mutima_Wangu and I think it’s really impressive how you are working to develop a platform that not only showcases but celebrates the diversity of African cultures. How did you come up with the concept and what are you hoping to accomplish through this platform?

The idea for Mutima_Wangu first came to me in my philosophy class. I’m a firm believer in acting on an idea the moment it is conceived and so I knew I had to do something about it. But I also realized that I could not do it on my own, so I started looking for photographers on campus and sharing my idea with them until I found one who was willing to work with me. Next, I scouted potential models for the project.

For Mutima_Wangu, it was never about finding the girl or boy who was perfect for the runway, it was more about finding the person whose composure suited the craft. Through this project, we are teaching people what being African means to us and we demand to be heard. Our ultimate goal is to create awareness about the history and culture of Africa in different settings.

What is the process like for curating the content on the platform? How do you identify the topics that are discussed, what is the research process like and how do you decide on what aspects of the topic are important enough to be showcased and how?

To be honest, the process is not hard. I personally think that there is a lot of content to choose from. I also believe that I am naturally creative. So when an idea pops up into my mind, I note it down. I also get ideas from my sketches, from lectures I attend, from the literature I read and the images I see, from conversations with my neighbors and from observing people I meet.

My sources of inspiration are limitless and once an idea is conceived, I work on expanding it and bringing it to life. Throughout this process of creation, I remind myself that there must be story, a lesson, a history, a piece of information that the idea delivers to the intended audience. In the end, it must be art. 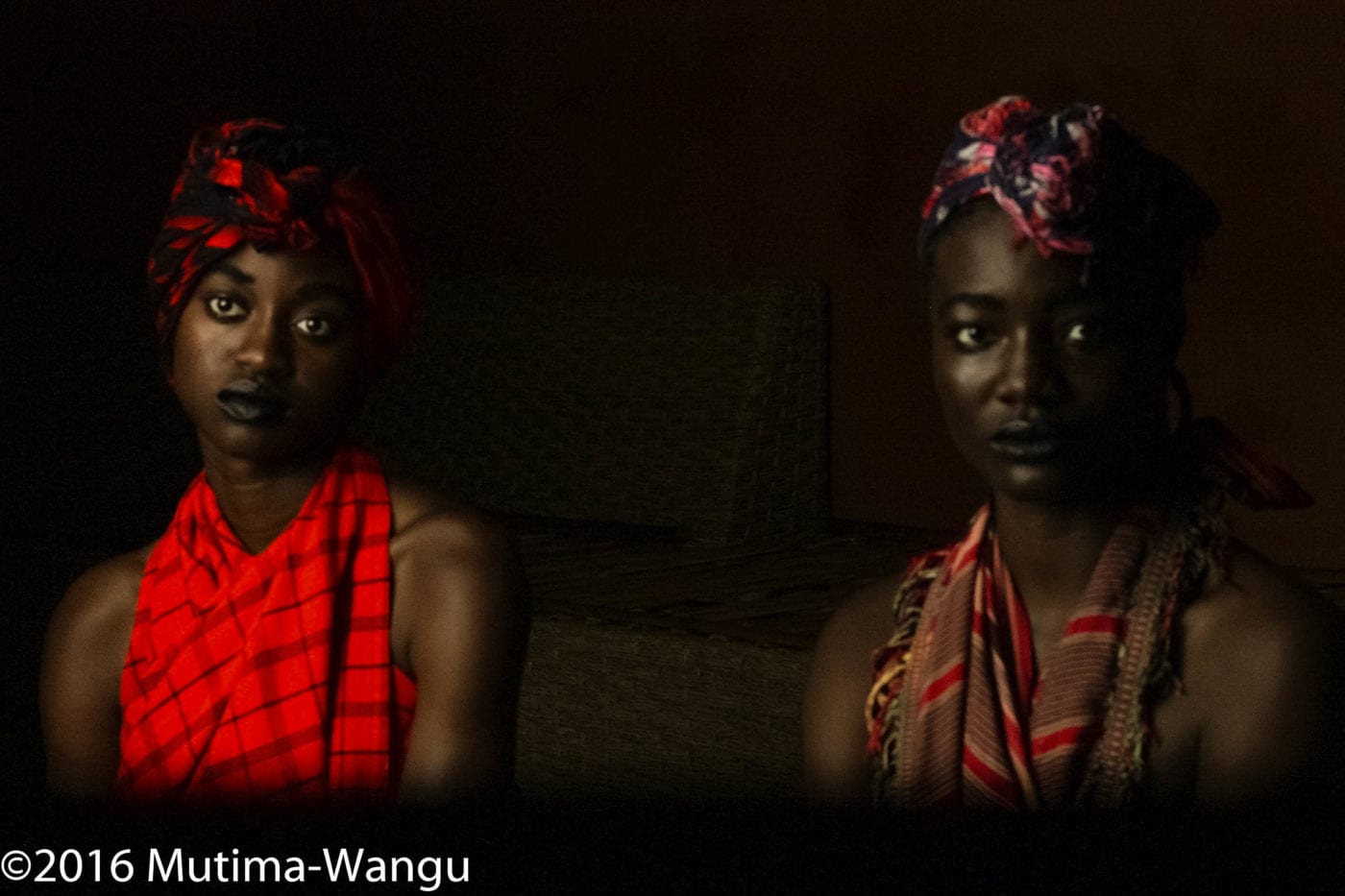 What have been some of the biggest challenges you have faced in running this social enterprise?

So far the biggest challenge has been sourcing funds for the project. We are in the process of devising the best strategy to get sponsorship to drive Mutima_Wangu forward. I did not realize how expensive this project would be when I started it. But after completing our first shoot, and seeing the number of people who would like to be part of this project, especially those who would feature as models, I quickly realized that it was going to cost more than I had expected.

It takes a lot of time and effort to come up with a concept and implement it, it takes time to style all the models, to bring the concept to life the way I envision. There are costs involved in shooting, directing the project and securing the right locations.  This means that to keep the project going, we must first find a way to secure the funding we need.

What have you learnt through this process that you have found most surprising, exciting and/or enlightening in terms of African culture?

I have learnt that African culture is diverse and that it is inexhaustible. It is impossible to capture it in its entirety. For every shoot that we do and for every story that we tell, there are tons more stories waiting to be told. There is a lot about African cultures that is not out there yet in the mainstream media and it is up to individuals to create this awareness. Thank God Mutima_Wangu is one of the many ways to make this dream come true.

I have also learned that with a project of this magnitude someone has to step up and take responsibility for the outcome of the events. And I have risen to this challenge. I am learning how to be in charge of things and how to manage people efficiently. In the long run, Mutima_Wangu has given me the opportunity to polish my creative skills in terms of directing and problem-solving.

My favorite piece has been the concept of  ‘THE TRINITY’. Originally, it was meant to showcase three divine African females from different African cultures, Spiritism and animist perspectives.

However, it came out a little differently in the shoot, making me realize that the concept had way more potential than I envisioned. I am certain that in the future numerous other concepts/series under this theme will arise. 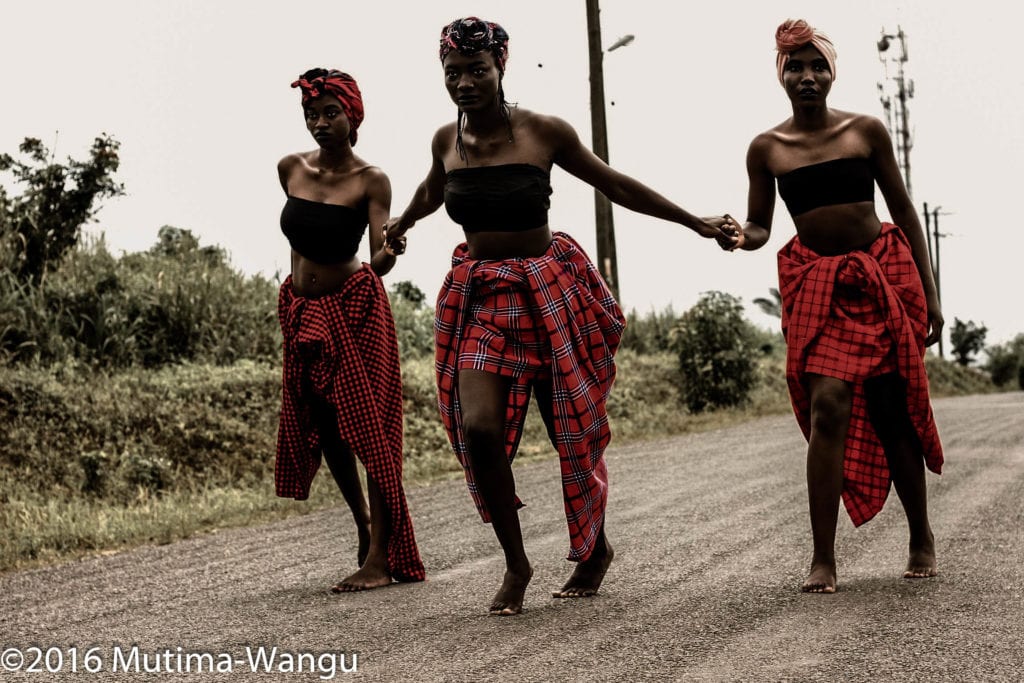 What is your vision for Mutima_Wangu moving forward? How do you plan to scale the platform to reach a wider audience in and beyond Africa?

My vision is that Mutima_Wangu will become a large foundation with several affiliates. Like I mentioned before, African culture is extensive and so diverse that we are never going to run out of ideas and concepts to explore and talk about. My goal is to create something with a long-term vision and mission. And despite the initial setbacks that we have encountered, I can say with all conviction that Mutima_Wangu is here to stay and we are not going anywhere. We are still up and running and moving forward every day, along with the rest of Africa.

In terms of publicity, the intention is to use the media to push our agenda even further. Through online publications, for example, the site,  my blog and numerous hashtags, on both Instagram and twitter, we’re hoping to expand the network. Check us out and help spread the word!

If you could leave the readers with one piece of wisdom, to guide them as they strive to delve more deeply into African cultures and understand its richness and magic, what would it be?

My advice would be that they open their eyes to the vastness that this culture has to offer. That they are willing to be optimistic, creative, and diligent when it comes to understanding, being part of and spreading awareness about African cultures.

There is nothing as satisfying as watching a seed you have planted grow, and knowing that it is causing a positive change somewhere in someone’s life. Africa is rich, let us never forget that.