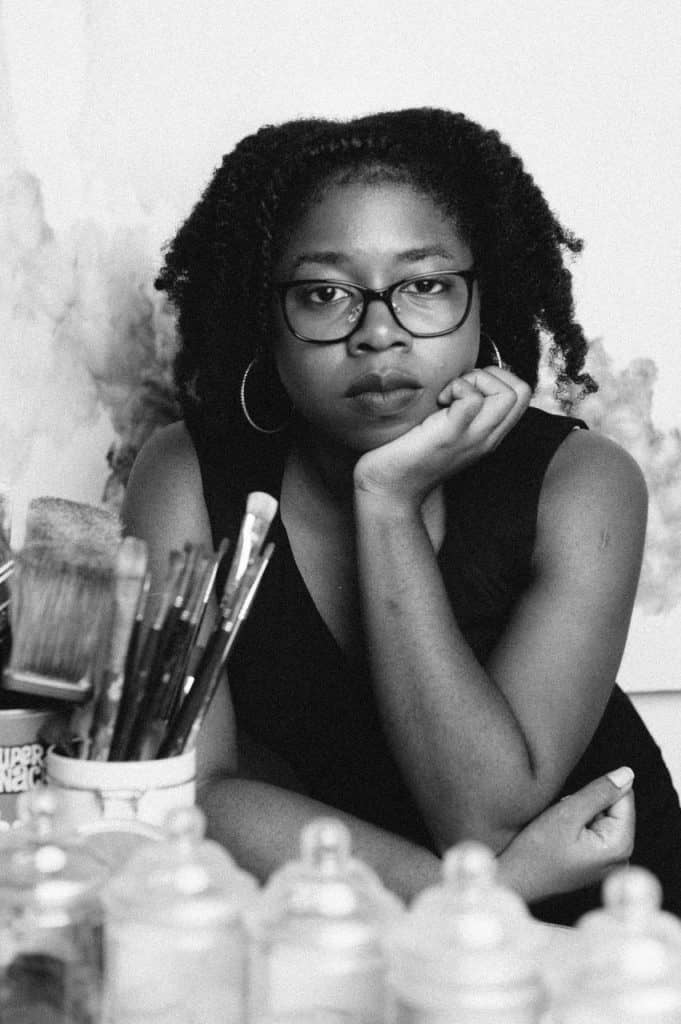 Nengi Omuku is an emerging Nigerian artist making her mark in the contemporary art world. After attending the Slade School of Fine Art, University College London, she’s gone on to showcase her work in exhibitions across the globe including the prestigious annual Armory Show in New York as part of the 7th edition of the 2016 Armory Focus: African Perspectives, an invitational section on Pier 94. She has received multiple awards for her work including the British Council CHOGM Art Award, which was presented to her by Her Majesty Queen Elizabeth II in 2003.

Nengi shares with us her favorite artists, proudest moment in her career and her hopes for the future of African art.

Who are some of the artists you admire most? Who did you look up to when studying art in school?

Ben Enwonwu was an inspiration for me at art school. He was a role model and an alumnus of the Slade School of Fine Art, which inspired my decision to also study at the Slade. I admire Wangechi Mutu’s work, which highlights themes related to women.  Yinka Shonibare has an incredible body of work, which flawlessly captures his sense of humour. Then there’s Chris Ofili; there’s a simplicity and sensuality about his recent paintings that I relate to.

When do you feel like you create your best work? What setting is it? Are you at home or in a studio?

Painting at home has never really worked for me, because a lot of my paintings are quite large. I work best in a dedicated studio space, surrounded by paint and pigments. Alternatively, a garden would work just fine.

When it comes to a geographical location, I could be dropped anywhere in the world and I will be inspired to make. All the work that I make comes directly from experiences that I have had and every space offers new experiences.

How is it being a woman in the art world, would you say that there’s some gender inequality or are there some challenges that you would say only female artists face or is it not as bad as other industries?

A gentleman came to the first solo show I had in Nigeria and was genuinely surprised that I was a ‘small girl’ showing large canvases. He expected to meet a man! There are lots of articles being written about gender inequality in the global art world about how female makers aren’t as recognized as their male counterparts.

There’s no doubt that men have dominated the art scene in Nigeria and elsewhere, but at the same time I don’t find that daunting. We are all just players in the same game. So I’ve thrown myself into the pond like everyone else, because our limits are only imagined.

What has been your proudest moment in your career?

Winning an art competition and getting to meet the Queen of England was an amazing experience. She encouraged me to continue with art and as a young person, that’s just something you don’t forget. The other awards that I have received as a result of my work have also been very encouraging. There’s no better feeling than being rewarded when you push for more from something that you’re passionate about.

What are your hopes for the future of African art?

I look forward to increased visibility for artists that live on the continent alongside the proliferation of art spaces. Another hope is that the concept of ‘African Art’ grows and expands to reflect the dynamic and diverse work of artists who live and create on the continent and its diaspora.

You can follow Nengi on Instagram @nengiomuku to learn more about her work and travels through the art world.

One thought on “Nengi Omuku: They are surprised I’m a small girl showing large canvases”