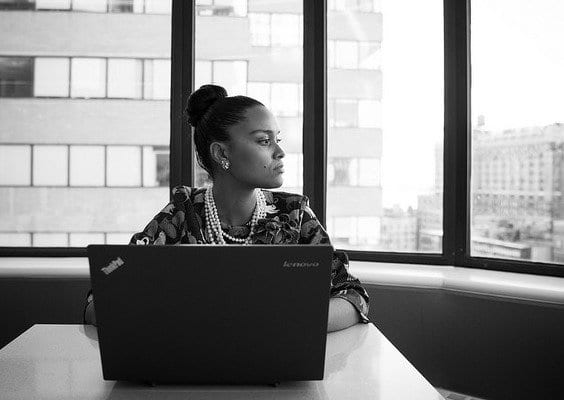 When I began doing business and the chase for clients began, I think I probably felt every emotion there was to feel sometimes all at once. The need to maintain customers, rules of the business world, the attempts at adjusting or learning to adjust to the demands of each customer and even getting used to the word “customer” or “client’ and the wonder and satisfaction that I too had something like that.

One day, a friend who also runs a business showed me a picture online that said “power of feminism” and another that said “I’m a strong, independent woman. I have a mind of my own”.

I nodded in approval and said I was going to use it as my Whatsapp profile picture and she agreed distractedly but when I suggested she do the same, she gave me a very alarmed look saying; “Ah! Noooo! One has to be very careful in business, don’t forget my clients are also on Whatsapp, many of them are men and I might lose them”.

I was instantly reminded of medieval women. Not just in Africa but in Greece and Rome too, I remember reading that women who worked were looked down on as the lowliest of women and were not allowed to earn more than a particular amount.

They had no inheritance, only dowry. Inheritance was for the sons and if there were no sons, fathers arranged to adopt one or arranged for a potential son-in-law to agree to adoption and drop all former familial ties.

If the father made no such arrangements before dying then the daughter became an heiress and any man was free to make a bid and marry her. If she was already married, any man strong enough could force her to divorce her husband and marry him. The basic goal was for the woman to not be in charge of any wealth.

I read that the famous Plato suggested that dowry be removed to “curb the arrogance of women” and some said that women could not act independently because of what was described as ‘lightness of the mind’.

They had to be modest and restrained and possess a certain kind of sense of honour prescribed for them by society. What struck me though was reading that women had the choice to break out of such oppression —at a cost, yes— but they had the choice.

They could have made a collective agreement with a firm mind assured in its own belief or they could have buoyed each other to action…but it never happened that way. It was always one woman springing up separately after the other. I sensed an age-old lack of assertion.

Once I visited a potential sponsor for a project in the works and we began conversing in the way of two strangers attempting to build a bridge of familiarity. There was a patronizing superiority in the air as soon he began to talk about career women and what they really should be doing —not career.

After minutes of hmms and head-shakes in an accommodating manner, I knew I didn’t agree. I didn’t agree at all…and I wanted to say exactly that. Then I remembered my friend from the other day and knew I could possibly be treading a risky path but after another couple of minutes, I took a good look at my company…

This person who saw the importance of the matter at hand but didn’t quite take me seriously so found a way to veer off it into domestic topic, who did not know me but brazenly advised that instead of web design, I should have gone into food business because it was more suited for women, who even more brazenly asked how much I was being paid, who casually asked if I ever consulted a career counsellor.

Smiling. I disagreed nicely. It suffices to say I didn’t get that sponsor. I wondered what would have happened if I had frowned…

The need for the choice of bold assertion especially for women goes beyond the office, it encompasses every sphere of life because so far it’s been particularly tough for the female folk.

What wins in the battle between our cautious conservative side and our radical side? When do we truly understand that although we might not be able to fly always, we’re certainly not as restricted as we fear or as we are told?

With the times changing, it still seems as though many women persistently —some knowingly— kowtow to the past and the stubborn insistence of many to hold on to its traditions. We have reached several turning points but how many of us have really chosen to turn?

What do I think? It’s simple. Put your resources together and construct a new platform that makes you proud. Follow an inspired feeling not a rule book. Society has never really known what women needed, what they are truly.

The phrase “inner queen” may sound cliché but it is truth and we need to push it forward and assert our right to exist and be free in truth —not the existence and freedom grudgingly meted out by society. Stop the subdued success act! Be especially articulate about ideas, needs and desires

And if it causes some drama? Don’t be afraid. Sometimes we need a little drama to motivate us to make changes and improvements to our lives

One thought on “Isn’t it time we stopped following the rules?”