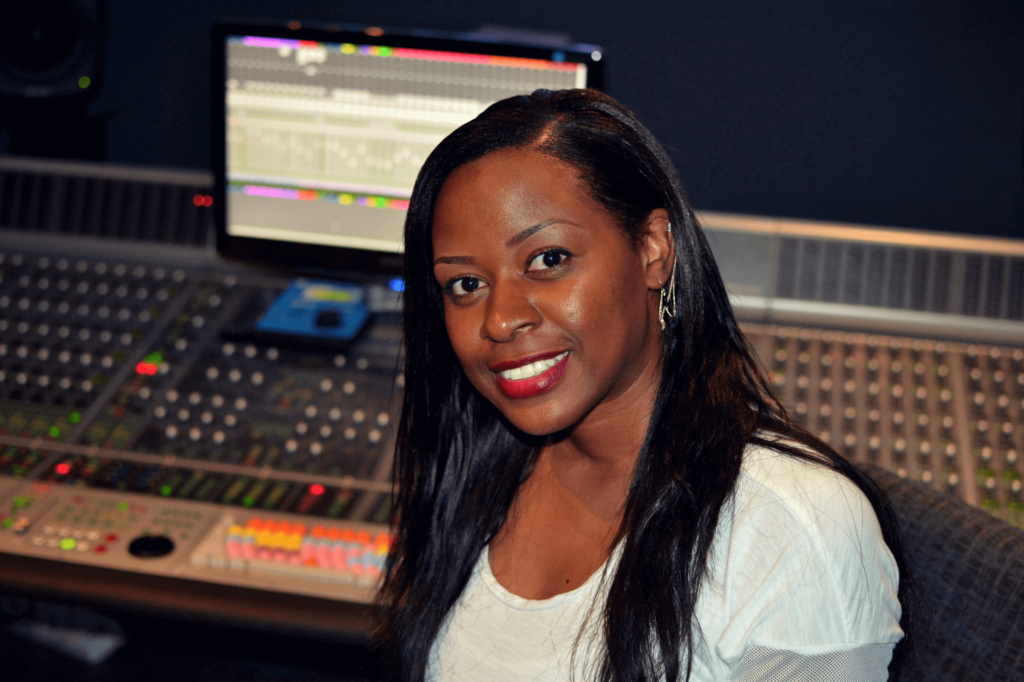 As a #MotherlandMogul, you know that comfort is the ultimate enemy of progress. Moving beyond the familiar is essential for growth. Tino Michelle Mavimba’s story illustrates this principle perfectly.

She’s an Audio Engineer who is blazing a trail in South Africa’s audio production industry, which still has very few women. She has worked with the likes of Yasiin Bey (formerly known as Mos Def) and South Africa’s AKA.

But before she set out on her mission of world domination, the ambitious Zimbabwean was a banqueting operative. I sat down with her to find out more about her journey.

A few years ago, you had a nice job in hospitality, with a decent career trajectory. Then you decided it wasn’t for you and left.  No smooth transition, you just ‘disrupted’ yourself! How did you convince yourself to pack up your bags in the UK, move to another continent, and start over in a totally new field?

It was a very hard decision to make. I was someone who had a VIP parking spot in life’s comfort zone. I loved being comfortable, not taking risks and being in control of outcomes.

But I reached a stage where I couldn’t ignore how divorced my job was from my talent and passion. For the first time in my life, I had to take ownership of my life, and that was scary.

What was also scary was how isolated I felt. It persisted no matter how many people I consulted with, or how much encouragement I got. I accepted that at the end of the day I, and I alone, would bear the consequences of my decision.

As a Zimbabwean, I’m aware that people still have traditional mind-sets about careers. I knew I could not expect a round of applause from many people for the choice I was about to make.

‘The dream’ is working out now, but in the challenging moments when you were starting out, you didn’t know it would. How did you push through moments when it seemed like you may have made the wrong choice?

I think people who have the courage to ‘chase their dreams’ have a really tough emotional process to work through. For me, the question that always popped into my head was; “Is this realistic?”

Over time, I resolved that my response to that should be: “It doesn’t matter”. I became so invested in what I was doing that I was willing to fail a couple of times until I achieved what I set out to achieve. I also found that idle minds and hands fuel doubt and that action is the best antidote to negativity; just keep going. 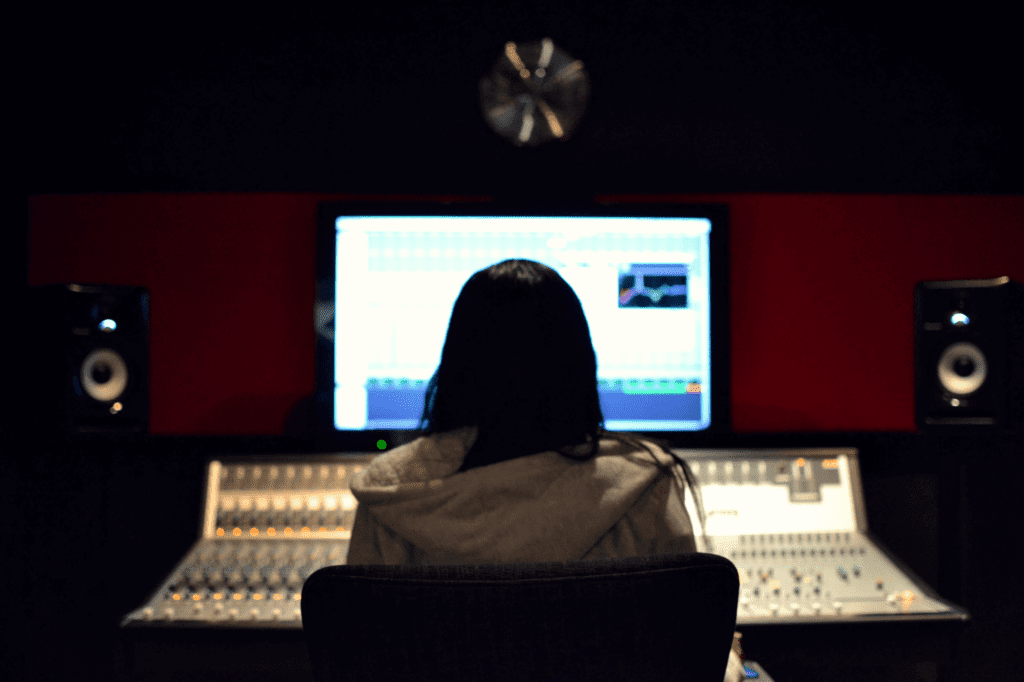 What advice would you give someone who is looking to start over?

So fast forward to a few years, you have worked with some really great artists. We spoke briefly about the ‘imposter syndrome’, and how it makes it hard to fully own moments of success. How do you process your ‘big’ moments?

The first call I got to work on a big project, I can honestly say I almost fainted! I have played small and just gone with the flow for a huge part of my life. The result of this is I felt undeserving, and the big moments were hard to fully own.

I have had to be intentional about shifting my mind-set. By reflecting on the hard work, time and dedication that I put into sharpening my skills, I’m more able to own and celebrate my success. 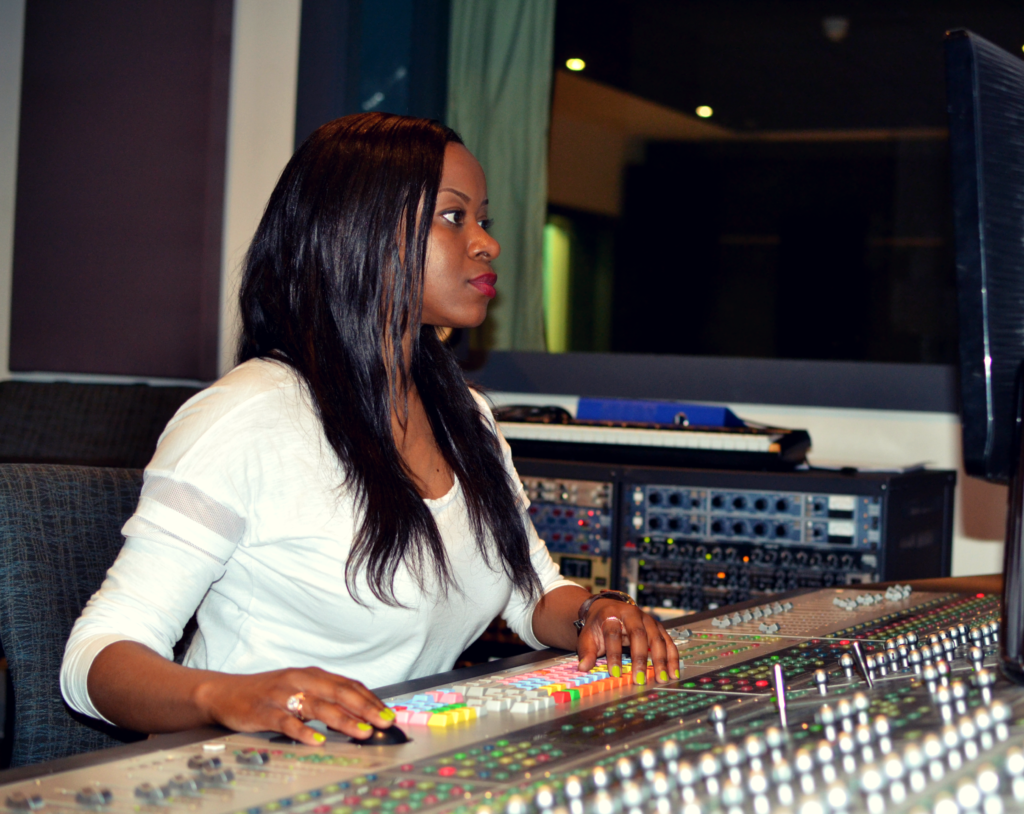 You told me a funny story —when you started out in the industry you wore a fake engagement ring. I notice you don’t wear the ring any more; what lessons have you drawn from being in such a male dominated space?

When I started out, I was alarmed at how disproportionate the ratio of male to female was. It was a first for me, and honestly I felt out of place. I felt I had to prove that I was just as good as my male counterparts.

In addition, some men see ‘female’ before they see ‘audio engineer’. This means that, not only are you not taken seriously, but you also have to deal with unwanted advances. For me, wearing that ring was a symbolic way of levelling the playing field. Looking back, I don’t know if it really was a deterrent!

The reason I no longer wear it is because somewhere along the line, I internalized that symbol. I began to see myself as an audio engineer rather than a fish out of water.

I am less annoyed now by men who have less than professional intentions. I am also far less apologetic about demanding that I be treated with respect. In short, I learned I couldn’t control my environment, so I took charge of how I processed it.

I’ve heard you say before: “I’m okay with having the kind of work ethic that makes people feel uncomfortable”.  What’s your philosophy behind this?

When you read about the strict diet plans, gruelling training regimens and sacrificed hours of the world’s top athletes for example, it provokes a feeling of unease in some. What they do to their bodies and minds is considered crazy by others.

When you then go and read their success stories you soon realize that there is a winner’s work ethic —and it often makes people feel uncomfortable. I believe that life is a numbers game. The harder you work, the more you improve your odds at success.

We want to know what amazing things women are doing in your communities! Tell us about them here.