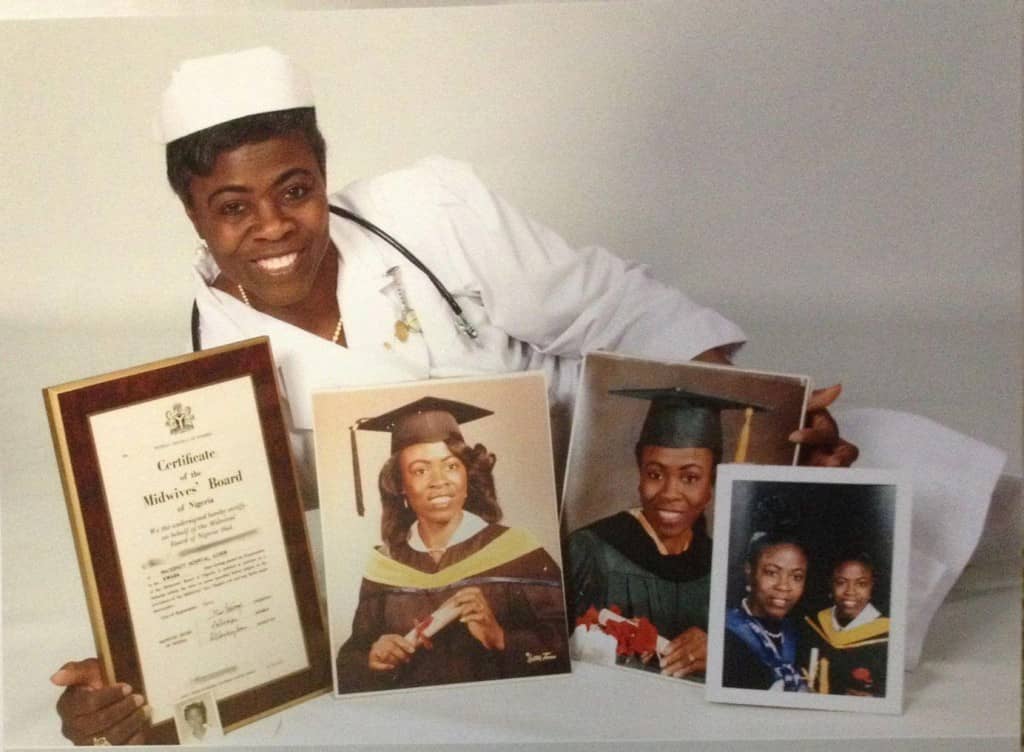 “I come from strength.”
Those are words that I often utter to myself when it is late at night, I am tired, and I am still working. The reason why I remind myself of my foundation is because during those same hours I know that over 100 miles away there is an African woman who is just starting her work shift. She is my mother, a Nigerian woman.

The work ethic, resilience and fortitude of African women is nothing short of amazing. When I think about the fact that my mother completed her nursing schooling in Nigeria, moved to the United States then returned to school to become a nurse (again), I am in awe.

And she is just one of many African women with stories of sacrifice and determination that ultimately led to them achieving their personal and professional goals. It’s almost as if the continent breeds women who innately do what it takes to survive, adapt, and push past obstacles time and time again.

Long hours and late nights are just one of the many things that come with entrepreneurship. I accept it because it is the path that I chose. And as the daughter of an African woman I know that I am built for it. So… how did I get here? How did I become this “Legally AMBITIOUS” entrepreneur? Let me share…

Growing up, I was always considered the creative and outspoken one amongst my siblings therefore all roads seemed to point to me pursuing a law degree. However, I never made it to law school or pursued my interest in entertainment because when I got to college, I realized that I was strong in science and math so I decided to pursue a degree in Computer & Information Sciences. The course work was rigorous but in the end pursuing a STEM degree was the right decision.

After graduation, I immediately began working in the corporate world. I worked as an application developer and systems analyst for years but I still desired a creative outlet.

Eventually, I began networking and I realized that many of the women that I encountered were similar to me in that they had full-time jobs but other interests. I realized that there was a need to connect women to resources and each other so when an opportunity presented itself, I launched Signature RED.

Signature RED began as a company focused on women-targeted marketing. I built an extensive portfolio of events for clients and created the “Legally AMBITIOUS” brand: a series of fun yet educational networking events for women.

The purpose of the events was to equip women with different skills to help them make transitions in their careers and personal lives. Each event taught women a skill and provided an opportunity for networking, some of the events included Golf 101, Cars 101, Networking 101, Building Mobile Apps 101, and more.

In 2013, I began to make a transition of my own when I attended a tech event for women and it awakened my inner geek. During the event, emphasis was put on the need for more women to pursue STEM degrees and work in the technology industry.

The event was pivotal because it allowed me to realize that I could merge my computer science background, marketing skills, and my love for working with women into services for Signature RED.

It hasn’t been an easy road to navigate but today I provide technology consulting to companies and reinvention marketing strategies to women. Additionally,“Legally AMBITIOUS” events have more of a focus on women interested in tech.

Some of my forthcoming projects include creating resources and tools for women like TechWomenNetwork.com and TechiesWhoBrunch.com. My workday usually consists of managing tech projects during the day and working on everything else at night.

Entrepreneurship with all of its ups and downs is not for the weak or lazy because it requires a good work ethic and strength in many ways. My mother is not a businesswoman therefore she didn’t teach me about business but what she did teach me is to keep going. Pivot, start over… do whatever I need to do, just keep going.

I always reflect on those lessons and values. As the daughter of an African woman who walked miles to go to school at times carrying large items (on her head), I come from strength. Therefore when it comes to fatigue or handling all that comes with entrepreneurship, I will always do what it takes to move forward.