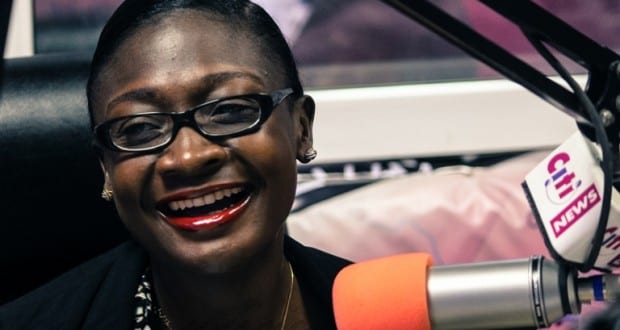 I've been called ugly, angry and disrespectful because I shared my view on a national conversation Click To Tweet

It’s a busy Monday morning. You are stuck in the horrid traffic on your work commute to the country’s capital, Accra, silently cursing yourself for not having left home earlier.

You refuse to let the sun’s heat, drivers’ honkings, and conductor’s arrogance get to you. You know you need your daily dose of whatever seems to be happening in the nation so you tune into the one station where it all makes sense; Citi FM.

As usual, there’s a lively discussion. There are three male voices and the one female voice. Her voice quite strident but just right. Her tone is firm and her take on the issue is different and outrightly expressed, occasionally warranting an interjection from the host. Yet she stands her ground. Unwavering. She’s the lone wolf. Unpopular yet resolute.

Fellow SLAyers, let me introduce you to Nana Ama Agyemang Asante, Deputy Online Editor at Citi FM, one of Ghana’s top radio stations. With a solid background in human right activism and broadcast journalism, Nana Ama continuously remains a strong female voice, relentlessly advocating for the cause of women, children and the underprivileged. She shared her life story and musings with SLA contributor Emma Kwenu Smith.

Growing up, have you always wanted to be a journalist and why?

Not really. My aim was to become a writer and a lawyer. A lawyer because my father decided that law was where my love for reading would be useful. I didn’t really care for law, but again, my dad said writers always ended up broke so combining law and writing was the compromise.

I stumbled into journalism when I started listening to Matilda Asante, who was an anchor at Joy FM. I wanted to be able to query officials without fear or favour like she did.

People argue that female journalists endure more compared to their male counterparts. There are issues of misogyny, sexism and being constantly intimidated.  Have you had any such experiences and how do you manage this?

There is no debating this. There are men constantly hitting on you because you need an interview or information, colleagues who think they are smarter because they are men and officials who will give information to only male journalists because they are considered more serious.

To be an outspoken woman journalist for me worsens it all because our Ghanaian culture requires women to be deferential at all times, to be seen but not heard. And so being on radio dispensing opinion, sometimes very harsh commentary on the powerful and privileged annoys many.

The abuse is intense on social media where people can troll you for days. It’s hard to understand because I believe I must have a seat at the table, to provide a woman’s perspective on issues. I try not to let it get to me, especially the personal attacks that focus on my looks. I own a mirror, I know I’m fabulous.

For some days, the intensity is unbearable especially when I think that my male colleagues do not get attacked for their looks. Sometimes I respond, other times I ignore people. I’ve noticed, nothing offends many internet trolls more than being ignored. So I am mastering indifference. 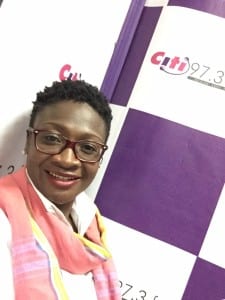 You have developed a strong character on the Citi Breakfast Show as a staunch feminist. Have you always been this way, and what was the pivotal point for you?

I’m not sure there has been a pivotal point, I have always been opinionated -a rebel of sorts. I suppose this is because my dad insisted on hearing our opinions on issues even if he disagreed.  I haven’t always identified as feminist, though I believe I was one even when I didn’t know the language and the label.

When I came across the label in Women and Development class in University, it wasn’t cool to call oneself a feminist. It was what boys called you for being stubborn, and I did care about likability so I didn’t call myself feminist for a long time. But through it all, I had my opinions and I’ll challenge sexist notions of women.

I think my dad is the reason I became a feminist. He had eight daughters, it was important for him to raise us to be independent women. So he went through, sometimes extreme measures to make sure we studied, taught us the needed skills to make it with or without partners. I suspect the reason I come across on the Citi Breakfast Show as a staunch feminist (which I am) is that radio amplifies what I say.

Your blog continuously explores the flaws in how the Ghanaian society (and by extension, Africa) poorly handles issues relating to women. How do you envisage an egalitarian society with regards to gender and sex?

Well, again, I’m not sure an egalitarian society is possible, at least not in my lifetime but if we could make it happen, that would be a place where women are seen as equal human beings and have access to the opportunities and privileges available to men.

Which means, our bodies and sexual choices would not be policed. In that society, men wouldn’t have to embody the toxic masculinity that harms them and us.

If you could, what are some of the current journalism practices in Ghana that you would like to change?

Journalists are overworked and underpaid, if I could, I would advocate for better working conditions and scrap the practice of paying “soli”.

I really think “soli”, which is this practice where newsmakers and event organizers pay journalists who attend their events or interview them, is not good for the industry.

What can women journalists do differently to enhance the cause of women empowerment in Africa?

Women’s voices are often missing from news stories, even former dominant voices are being erased.

I believe it is up to all journalists, especially women journalists to take note and make sure, we include women voices in the stories we tell. And we must always provide the feminine perspective when we can to create balance and also to ensure inclusion.

Too many people and too many things. All the rebellious Ghanaian women like Prof. Ama Ata Aidoo who courageously told many truths about us are always a source of inspiration.

I have so many favorites. Minna Salami of Msafropolitan because of her coverage of feminism. Nana Darkoa Sekyiama and all the women who blog on adventures.com are a delight.

I do love the work Cosmic Yoruba does on her blog and websites. To understand economics, I go to Jerome Kuseh. And even though she doesn’t blog often, kinnareads.com is my go-to site for everything on books.

Watch Nana Ama in the March against Misogyny