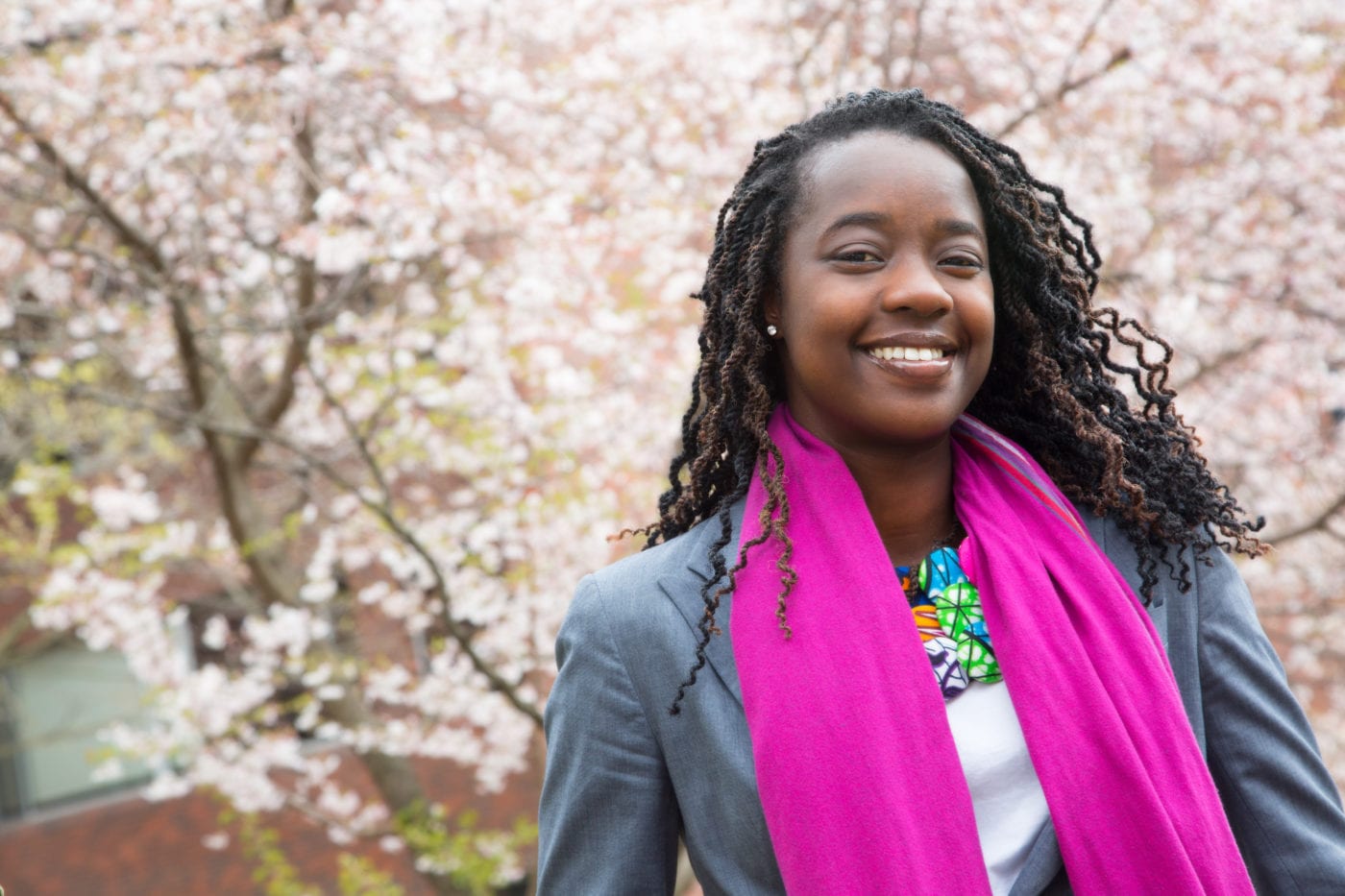 Amandla Ooko-Ombaka: Ask for forgiveness, not for permission

What has been the proudest moment of your life?

The proudest moment of my life was easily when my sister and brother graduated from college. It’s been a rough road to get there and so to see them both graduate with honours was amazing. My dad passed away when we were very young and my mother shortly after so I was the one left to take care of my two siblings.

When I was seven years old, my dad went abroad for treatment for his illness for the first time and he told me to promise that I would take care of them. In my mind what that meant was that I had to get them through school. Education was very important to my parents and they would tell us it’s the only thing that people cannot take away from you. They can take away your house, your car etc. When my dad died eventually all these things did disappear but education stays with you. When they graduated I felt like I had finished my job, I had fulfilled my promise to my father.

Professionally, the proudest moment in my life was with a client I was working with in the US. It was an auto-parts manufacturing company and it was my last day on that project. I barely know how to switch on a car by the way. I’m always driving on the wrong side of the road so I don’t even know why I was working with this client. On the last day, he told me to take a day off and let him show me around the city.

While on that drive, he told me that his company would not be where it’s at without me. I was 23 years old at the time and this is a multi-billion dollar company. The fact that he as the head of this company felt that the company could not be at this point without me was amazing. I want to be able to help people achieve what they think they cannot achieve. 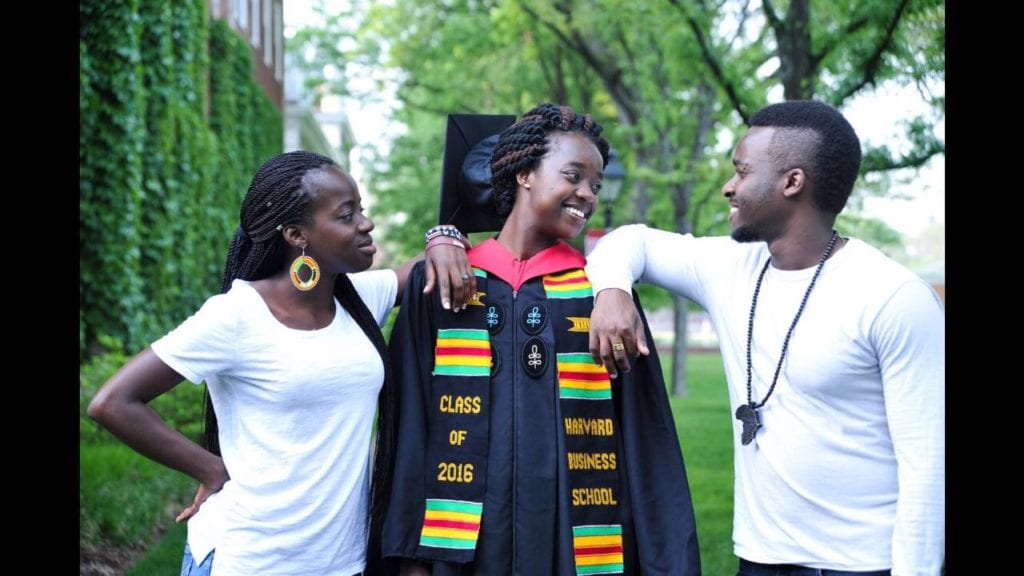 Amandla with siblings, Akinyi and James-Mark

As someone with extensive experience working in the business world, do you think the industry is more welcoming to women now or are there still some challenges you face being in a male-dominated profession?

Being young and foolish is a very good thing in many ways. I’m grateful that I grew up in a house where gender was not heavily focused upon. So being a woman was not a hindrance to my ability to achieve anything in intellectual environments.

Now that I’m older and life has played its cards on me, it’s a different ballgame, especially in the work force. McKinsey though is very progressive in how it thinks about gender in the work place. In Kenya, the majority of people sitting on corporate boards are women, at 22% we’re the highest in Africa but still very low. But this then forces boards to demand that their management to reflect their board so the eco-system needs to change and a lot of women are breaking glass ceilings to get that to change.

In many ways, I think it’s not that a drastic change has occurred but more so attitudes are changing even if the systems are still lagging behind. Women can make decisions on say having children and a career and not be frowned upon the way they used to be five or six years ago. 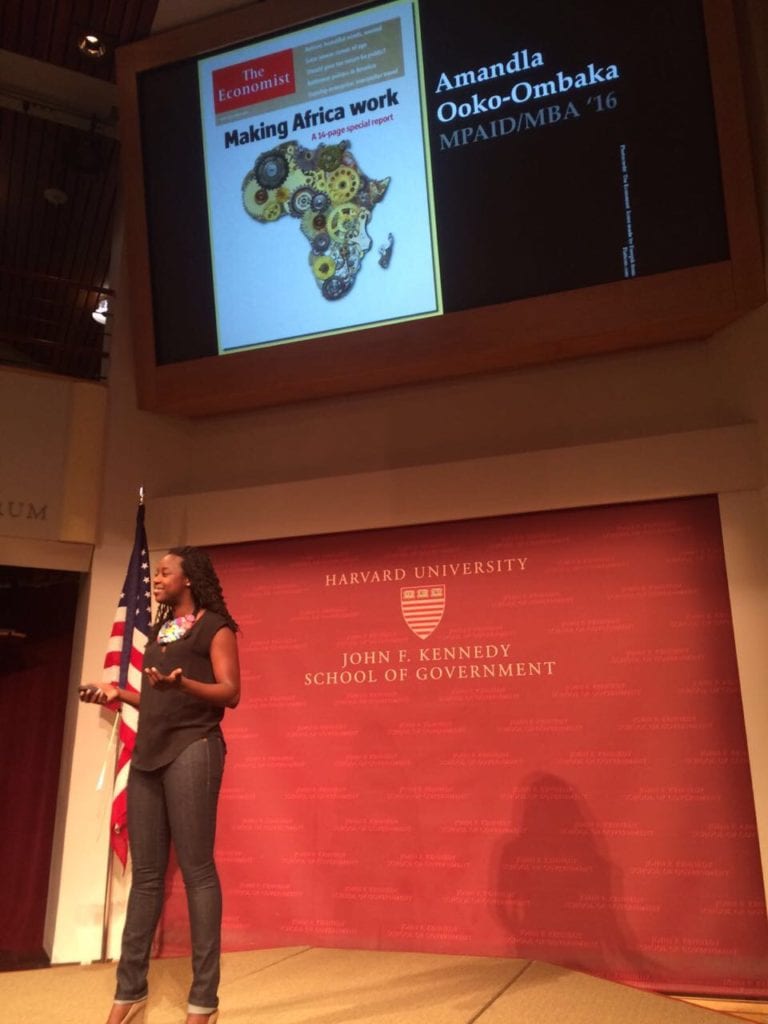 Name three women you look up to.

My mother would have to be first of course. My mother was a boss lady, she had me when she was 33 in 1988. At that time she was the head of the OBGYN department at Kenyatta Hospital (Nairobi) and as much as things are changing now, back then most OBGYNs were men which makes no sense to me.

She put her career first in the 80s, people said she would never get married but she did. She was a strong headed woman and dealt with so much stuff in her family and her professional life. As I talk to some of her colleagues now, I learned that she had a reputation of expecting nothing but the best. She would not accept mediocrity and when people tell me that I’m a lot like her, I wholeheartedly accept that great compliment.

Second would be a mentor of mine named Patti Bellinger who I met at Harvard. She is a no-nonsense kind of woman. I have so much admiration for her and how she has overcome most of the challenges she faced in her life. What I admire most about her is her strong sense of self.

Third is my grandmother. I cannot explain to you the diva that my grandmother is! When you talk about women made of steel, she is one of those women. She has lost two daughters, her husband and so many others she brought into this world. She still remains the caregiver and caretaker in our family. She’s not like a fluffy type of grandmother, she’s the most resilient person I know. My grandmother may be made of steel but her heart is very much in the right place and she will be there for you until the end. It would be such an honour, when I get to her age for people to say that I gave to my family the way my grandmother did.

What mantra do you live by?

Ask for forgiveness, not for permission.

A lot of the women who read She Leads Africa are smart, intelligent women looking for additional resources to progress. So this may relate to them and I feel that women should trust themselves to be reasonable individuals and just do the stuff you want to do.

Men get to do it all the time, so just do it. If it works out well, no one will question you about it. If it didn’t work out so well, you have an opportunity to explain yourself and people will disagree but will understand and appreciate your efforts. I don’t sit around thinking what if…Do what you need to do, trust yourself.