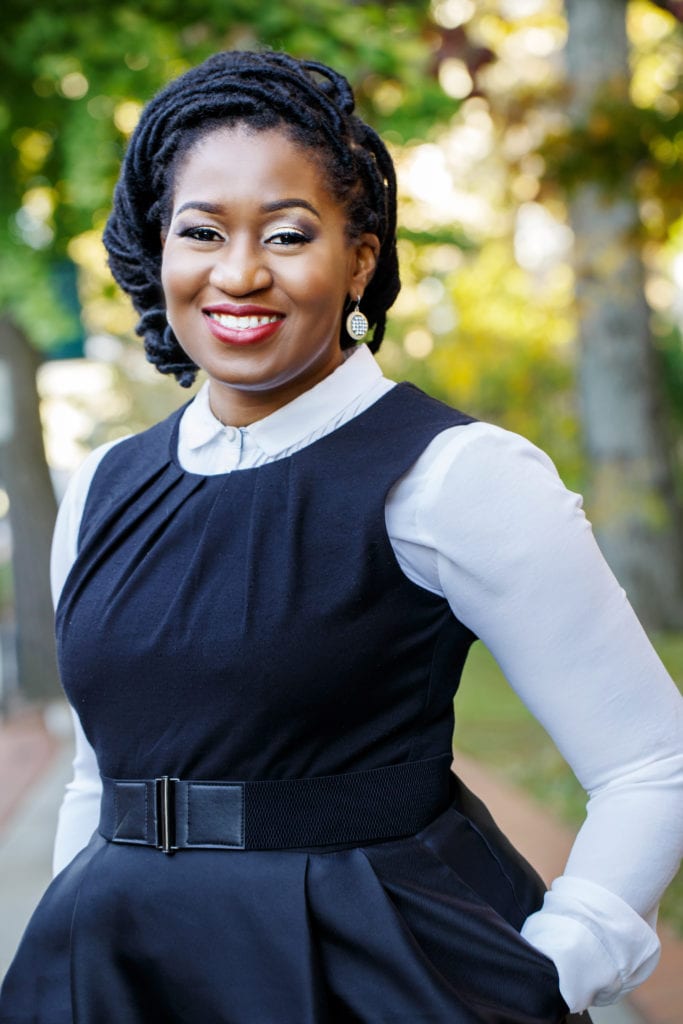 Jacqueline Nwobu is the CEO and Editor-in-Chief of Munaluchi Bride Magazine, the leading and nationally distributed wedding magazine and online wedding marketplace; which caters to multicultural couples and serves the $200 billion wedding and events industry.

Since the launch of Munaluchi in 2010, Jacqueline has grown the brand into an industry leader with a robust multi-cultural marketplace and social media influence of over 600,000 followers worldwide.

With a strong and focused vision to champion diversity, Jacqueline has successfully disrupted the industry to influence positive change and inclusiveness. Her TEDx talk on “Reshaping an Industry, One Like at a Time” has received rave reviews.

Jacqueline obtained her B.S. degree in Medical Technology and has worked for major pharmaceutical and diagnostic companies, including Johnson and Johnson. The rapid success of her magazine has landed her interviews on NBC, ABC and WPIX NY.

Jacqueline resides in New Jersey with her husband and three children.

Jacqueline Nwobu: I Am Proud Of The Changes We Have Sparked In The Wedding Industry Click To Tweet

Why choose to start a bridal magazine publication?

I initially started out as a photographer shooting alongside my husband. In the first year that we began shooting weddings, we noticed a void in the wedding industry. Weddings, like the ones I was attending and shooting, were not being featured in mainstream magazines or blogs.

From that point, it became my mission to launch the first nationally distributed wedding magazine, catering to women of color, and that was how Munaluchi Bride Magazine was born.  I did a TEDxtalk in 2013 describing in more detail how we got started. 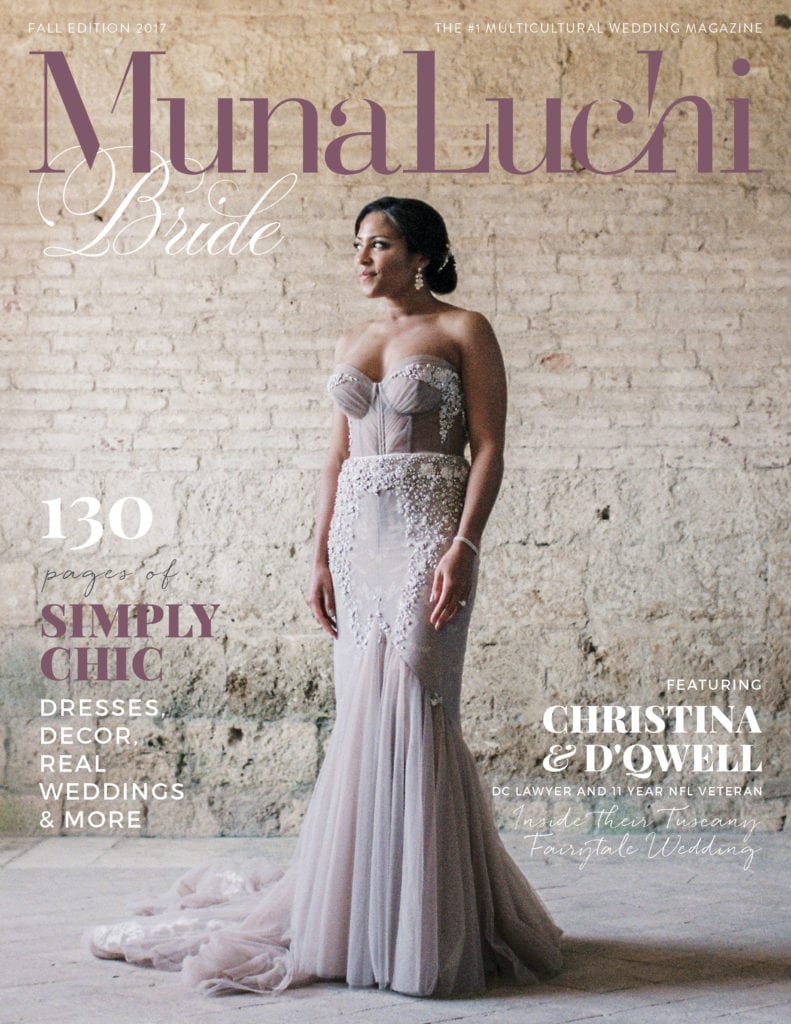 Did you acquire any training to help run your business?

My background is in Science, specifically Medical Technology.  I worked as a QA Scientist at Johnson and Johnson, and then a Technical Specialist for a major Diagnostics Company, so publishing a magazine was not something I studied or had any training in.

In fact, it took me 6 months to tell my proud Naija parents that I had quit my very well paying job, to launch a bridal magazine while we were in the middle of a recession in the United States.

Everything I learned in business was truly through trial and error – and a heavy dose of faith!  Truthfully, Google was my BFF. There is nothing you can’t learn online. You just have to put in the work and be committed to it.

Were there times you doubted your business decision? How did you snap out of it?

Of course! Leaving a great career in the middle of a recession (with two children under the age of two, and pregnant with my 3rd) to launch a bridal magazine, when print was being considered “dead”, was not a seemingly logical decision.

So there were times when I would wonder if my decision was the right one. Those thoughts, nevertheless, were very short lived because I had an extremely strong belief that what I was doing was necessary and important.

I knew that it was going to be hard work, because nothing good comes easy.  But I was faithful to God that this idea and blessing wasn’t given to Chike and I haphazardly.

Moreover, it was given to us because He knew we could handle it.  At the end of the day, there was no opportunity for failure, because every action deemed as a “failure” by many, was instead an educational component for us. It was an opportunity to learn from our mistakes and grow a stronger brand.

Your co-founder is your husband; can you share three (3) points to note before starting a business with your spouse?

1. Ensure that the marriage is on a solid foundation

The last thing you want to do is get started in business, without understanding the sacrifice that a solid marriage takes. If your marriage is suffering, a new business will not necessarily bring you together.  On the other hand, a new business can cause strain in your marriage if you aren’t discussing openly the number one thing that causes the strain, money.  Have the “money talk” regularly and openly with your spouse.

If you want to succeed as a team, you’ll need to recognize what your strong points are, and those of your spouse. Make sure your roles are defined and you both have an understanding of who’s responsible for what.

You both will be wearing many hats when starting out, so you’ll need to know what those hats are,  to avoid conflicts along the way. I’m involved in the Editorial, Marketing, Content creation and visualization; while Chike focuses on Partnerships, Advertising and large-scale growth. It works out beautifully because we aren’t blocking each other’s lanes.

3. Have respect for your spouse and a little time for fun

When you run a business with your spouse, you never stop working. It goes from the office, back to your home and the business becomes front and center.  Remember to respect one another at work and try to keep your personal life at home.

Take some time out bonding time. This is where you do something that doesn’t involve the business, or where work isn’t allowed. For Chike and I, we love to stay home and watch movies. It’s simple, but it works for us and gets us away from talking about work, even if it’s only for a few hours.

Jacqueline Nwobu: I Am Proud Of The Changes We Have Sparked In The Wedding Industry Click To Tweet

What has been your proudest moment so far?

Wow. I can’t say there is a “proudest moment” because I am genuinely proud of what Chike and I have built.  Every.single.day!

I am proud of how far we have come. I am proud of the changes we have sparked in the wedding industry, totally transforming the way multicultural weddings are viewed and admired.

I am proud of the team we have in place, that help propel the brand to greater heights. 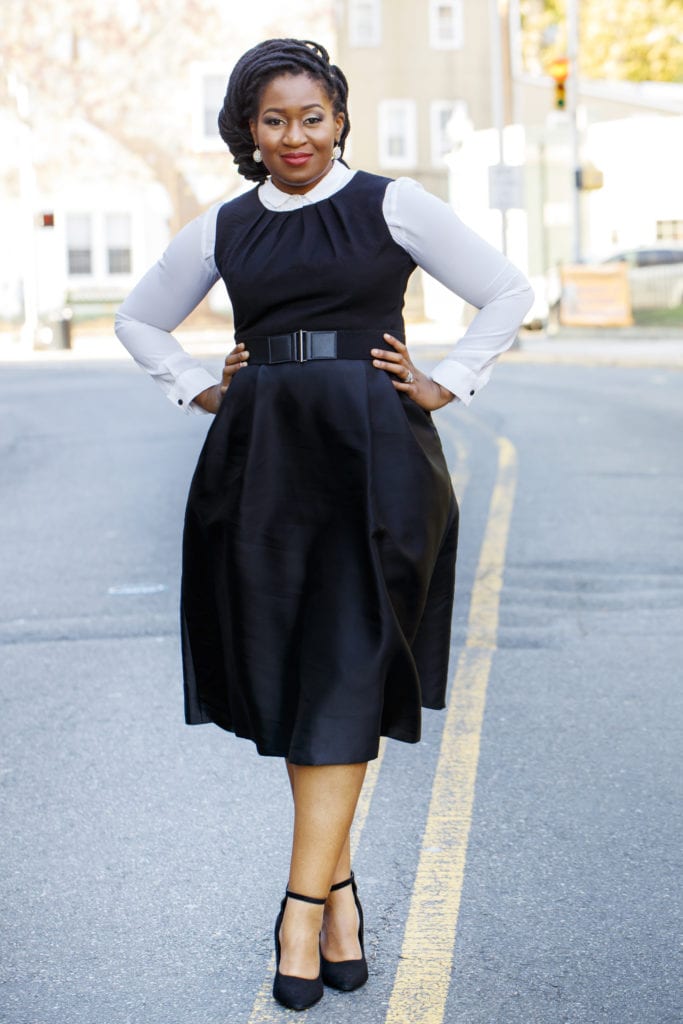 What do you love most about weddings?

I love the ceremonies; the walks down the aisle, the vows, the facial expressions, the tears, and the joy; all of it.

Do you see yourself ever returning to the field of medical science?

I miss and still love Science, but I most likely wouldn’t return. Things have changed so much since I was in the field of Medical Technology.  It’s great to have it as a backup plan, but we won’t need that because answer #3.

What is the first luxury item you would buy if you got a million dollars now?

This is a hard one! I live a very simple life.  Can I pick a luxury service instead? If someone was to give me a million dollars right now, I would put it back into my business.

But, in the spirit of this question, I would use it on a new house for my parents- fully equipped with rooms for each of their grandchildren, extra rooms for future grandchildren, a basketball court, a grand dining room (cause my mom loves to cook and entertain and we love her okro soup!).

Creating family memories is so important to me. After all is said and done, family will always be there for you, so it’s important to enjoy your family as much as you can.

Do you have a career or business in the wedding industry?

Let us know more about you and your story  here.