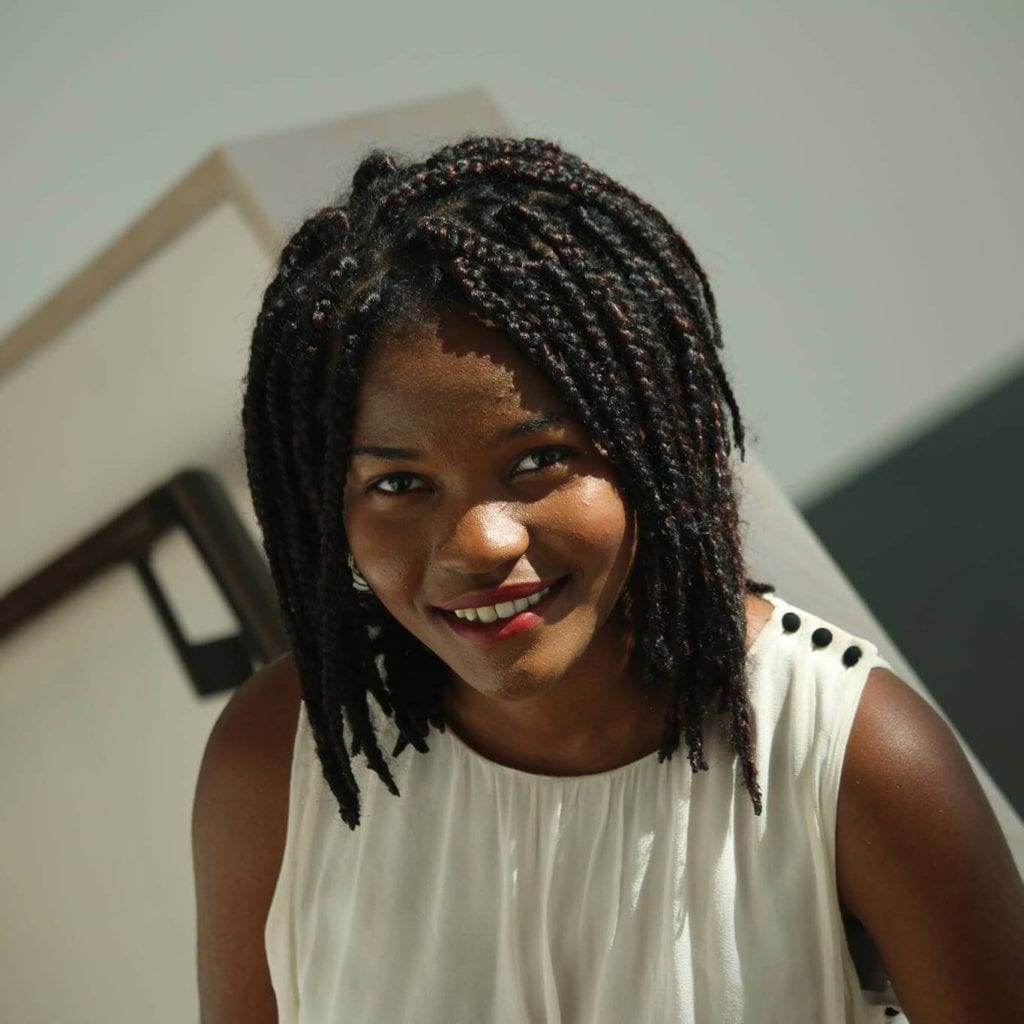 If your mission is improving the lives of millions, you’ll find some similarity with Leslie Ossete. She is one of four co-founders of Magic Bus Ticketing, an offline SMS based ticketing system. Magic Bus Ticketing aims to improved lives by simplifying how they interact with transportation.

It’s a student start-up that lets bus commuters know when the next bus arrives and how much it is charging. It also allows payment through mobile money.

Let’s start with the Hult Prize. Congrats on winning the $1 million! How do you plan to use the money from the prize?

After a year long process, Magic Bus Ticketing has finally won the Hult Prize, which awards $1M in seed funding to the winning start-up. My team was among the 5 finalists out of 25,000 applicants worldwide to
compete in what is now the largest student competition for social good.

This September 20th at the Clinton Global Initiative in New York, we pitched our innovation in front of notable judges such as Bob Collymore,
CEO of Safaricom, and Akinwunmi Adesina, President of the African Development Bank Group. And, we won!

Magic Bus Ticketing will use the million to fully launch its operations in Kenya, and scale fast to other East African countries with similar market conditions, Tanzania and Uganda by the end of this year.

You are from Congo Brazzaville and Madagascar, why set a company in Kenya?

I grew up in Brazzaville, and my team-mate Wyclife is from Nairobi. Both of us as Africans had experienced similar challenges in public transportation; long wait times at the bus stop and inconsistent pricing when it comes to bus fares.

We decided to focus our pilot in Kenya because first, Nairobi is one growing tech hub on the continent. Second, Nairobi has the fourth highest commuter pain point according to IBM. And third, there
had already been a lot of research and initiatives done towards using technology to improve public bus transport.

In fact, Nairobi is a place of innovations. Several projects to introduce cashless payments in the bus system had been led, such as Google’s BebaPay bus card.

What sparked the idea to integrate urban commuting with mobile payment?

The public bus system in Africa is mostly privatized and informal. The day-to-day operations are run by a crew of drivers and conductors who earn little money from their hard work. That pushes them to overcharge
commuters for their own benefit. They abuse the current cash system to set higher fares based on demand and supply.

For instance, in Nairobi when it rains, the bus fare triples. Commuters themselves don’t like to carry cash around. They worry about pickpockets, and not being able to get their change back in the bus.

Furthermore, the police also abuses the cash system. Police officers know the bus crews carry cash 24h/24h, and do not hesitate to fine them for absurd reasons. We envision that cashless payment in the bus industry will bring more safety and order. We believe the way to implement a cashless bus system is through the use of mobile money, which is already widely used in East Africa.

It is quick, accessible, and locally relevant. Prior initiatives have been using bus cards linked to banks, but most people don’t have bank
accounts, banks have high transaction fees, and buses need liquid cash on a daily basis. 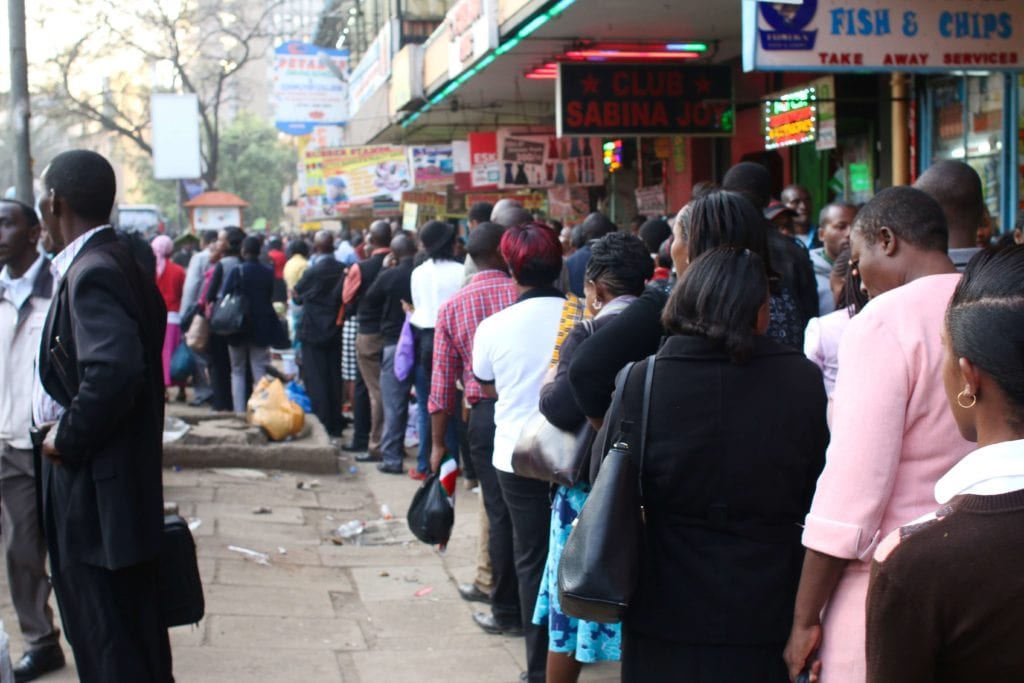 What steps did you take to grow your company by 5000 booked tickets in less than two months?

In order to acquire a customer, you must spend on marketing. We did a lot of mass-marketing through social media platforms such as Facebook, Twitter, and Whatsapp groups.

We also do outreach marketing, implementing stalls at university campuses. Furthermore, we do collaborative marketing with the bus
operators themselves, handling flyers to commuters, in order to build trust with potential customers.

Last but not least, we also do product demos of our technology at major bus stops. As we launch in Nairobi, we will expand to advertising through radio, TV, and billboards.

What does a student start-up need to thrive and be successful?

A student start-up needs to be backed by a board of advisers, with a diverse background and expertise. Magic Bus Ticketing consistently asks for feedback from renowned experts in the fields of transport, technology, finance, and organizational management.

Our advisers come from valued institutions such as the World Bank
and MIT university. Briefly, a student start-up needs to create for itself a network of mentors who understand the goals and challenges of the organization —no, they don’t have to come from particular institutions, but they have to be right for your organization.

For example, for Magic Bus Ticketing, one of our key advisor is Bernard, who has been a bus driver in Nairobi for the past 10 years. That’s real knowledge!

Perseverance is key, even more for student start-ups, to succeed. I remember our humble beginnings on our campus at Earlham College. Our initial plan was to add more buses on the roads, and to provide commuters with a subscription model to access buses on-demand. Our buses were supposed to have TV screens, Wi-Fi, bike racks, online libraries, and much more.

We presented this idea at the local Hult Prize at Earlham, and were not selected to attend the regionals. It was extremely upsetting because we all knew we were tackling a real challenge in public transportation. We had to iterate our business model, and re-apply online to ensure our spot at the Hult Prize Boston regionals, which we won. Without perseverance, we would not have come this far! 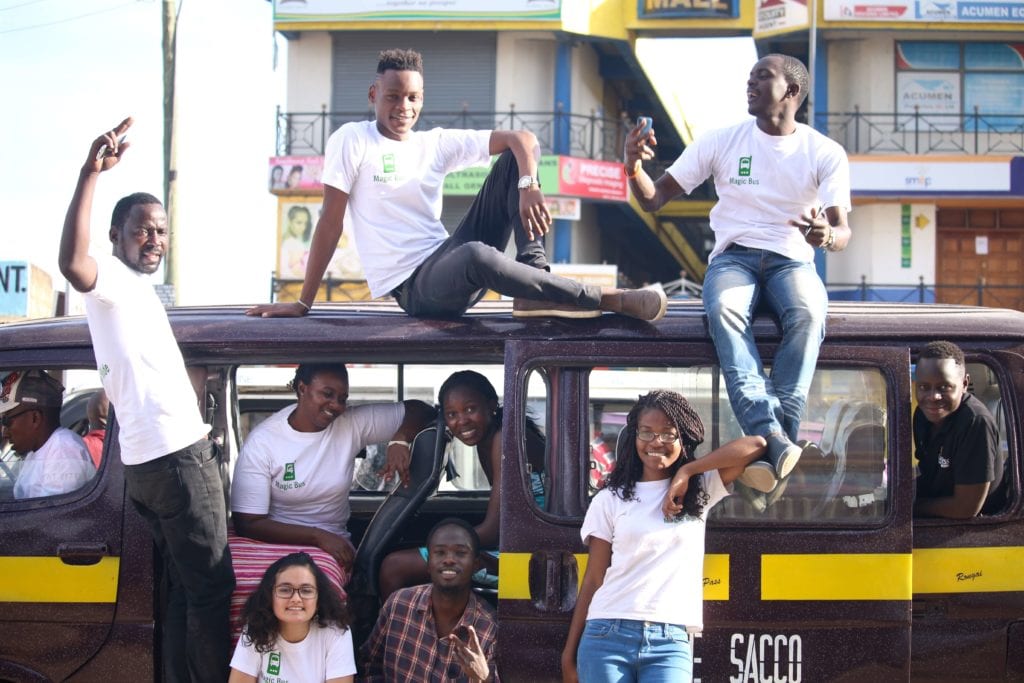 What do you think of the industry you work in? How do you plan to remain consistent?

As a young African woman, it’s often difficult to have your voice heard
in the middle of such chaos. However, optimizing our public bus system through technology is a challenge that I am willing to take!

If you could wake up tomorrow as someone else, who would you pick and what would you do?

I would definitely love to wake up as FLOTUS Michelle Obama. The first thing I’d do is to present my candidature to become the next President of the United States.

I strongly believe she —a highly educated African-American woman— has the right calibre to run the country.