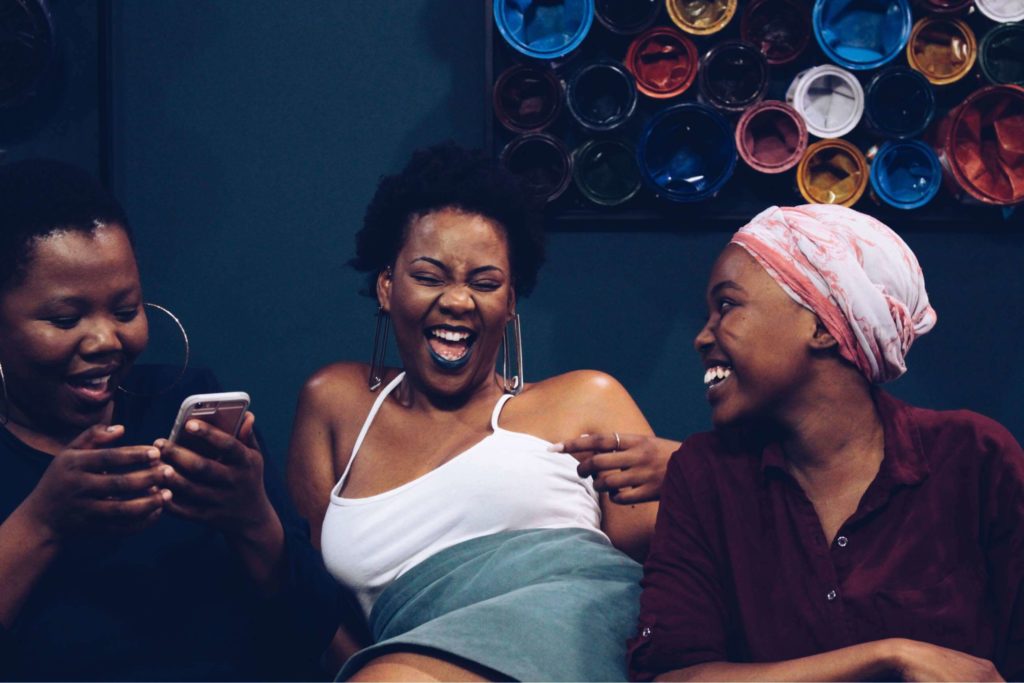 @Tumi_06 gets the inside scoop on @PapCultureSA, we've always wondered how they do it Click To Tweet

Created in July, 2015, Pap Culture is a Cape Town based YouTube channel founded by Thembe Mahlaba (host), Nwabisa Mda (host) & Bongeka Masango (videographer). The channel was created as an entertainment platform that the trio felt was missing on the YouTube platform, especially in South Africa.

These three are opinionated young black women who thought, “why not?”. And Pap Culture was born.

Who and what is Pap Culture?

Pap Culture has four segments on the channel:

The direction of the channel has definitely moved in a way that we both never anticipated (upon reflection). Yet in many ways, this felt right and intuitive to who we are and how we want to create/entertain.

At the core we want to have fun and bring about a humorous side to issues that people often shy away from. We wanted a platform that allows us to tell our story and understanding of South African youth culture. A platform that truly represents what it means to be South African through engaging and interactive conversations. Ultimately, our vision is to change the documented narrative of African youth culture.

What is the one thing you appreciate most about youth culture in South Africa and the continent?

Bongeka: I appreciate how unique it is. In as much as we are influenced by the world around us, we are still interested in being authentically African. We have found a way to combine our African identities with trends around the world.

Thembe: Active Participation. We are smart and becoming more informed the more we start talking about current affairs and issues that concern us as people. Now, we are able to join the political conversation not with an invite, but by forcefully bringing ourselves to the table.

We are voting and making our voices heard, trying to keep our governments accountable of the promises they are trying to keep/not keep. Also, we are protesting for our rights. We are just going out there and doing what we believe is needed for us to live in a better society for ourselves and the families we want to bring into the world.

Nwabisa: It’s honest. So much is going on in South Africa at the moment. I love how we are unapologetic about our approach to life and we’re honest about our lives and the things we face (both positive and negative). Also I appreciate the need to tell these stories, facing these challenges head on and really fighting for change now.

I think there’s been a huge shift from what was perceived as a lazy generation and young people have shown how empowered we really are. I think young people are still very misunderstood, but so many are making great strides to speak out and tell their stories. There’s a collective support and encouragement pushing for more young people to continue to own who they are and just be themselves.

If you had to do a television programme in a different country what would it focus on?

Bongeka: It would depend on which country I’m in. If it were an African country, I’d do something fictional. I find we really love hearing stories so it would be interesting to tell stories to  a new audience.

If I were in the UK I’d be interested in making a game or a talk show simply because they do so well over there. I’d love to be in a studio full of people engaging in the game or talk show.

Thembe: This is a hard one. But I think one of these three options. A talk show, a variety show kind of like our YouTube channel or a comedy drama series focusing on creating a positive African identity.

Nwabisa: Comedy…always comedy. I don’t consider myself the most conceptually creative person. Especially from a creating from scratch point of view in terms of TV and script writing and all that stuff that goes into making the shows people are obsessed with for years and years. But I love a good laugh…a good long laugh that has you breathless and in tears.

So honestly any kind of comedic series that collaborates with people with great senses of humour from all parts of Africa and that has a great representation of different cultures, would be pretty epic.

Which episode of Pap Culture has been most memorable for you and why?

Bongeka: The most memorable episode has to be the Mission Possible episode, that was part of the Project Find A Bae series. Simply because I was not expecting the day to turn out like that. Although I don’t look like it, I was quite impressed with the ladies for pulling it all off.

Thembe: This answer changes a lot depending on if there is an episode that outdoes the last most memorable. But right now it would have to be the episode with Khanyi Mbau. She is a South African celebrity who hosts a weekend talk show with radio and television personality Phat Joe.

This episode stands out as she was literally just being herself and not a celebrity version of herself. We assumed the latter based on the persona we have seen on tabloids and pop culture news. She took her wig off. Like how much more real can you get?!

Nwabisa: This is tough cause I love all our episodes. I think my answer changes all the time, but I will definitely have to give two. First, Pap Culture Ride Along – Problematic Men in Entertainment with visual artist, Laura Windvogel a.k.a Lady Skollie. Simply because Skollie told it like it is.

Her candid and brutally honest approach is so refreshing. While it may be unexpected for people who are probably very conservative,  it is really a breath of fresh air. The topic was so important for all of us to engage with, especially with the on-going conversations around rape culture in South Africa. Also considering the need to call out men who continue to oppress women in all walks of life and in all types of ways. We joined an already existing conversation and it was really enlightening.

Then on a lighter side, definitely the 5 Minute Make-up Challenge with Cynthia Gwebu. One because I love love love Cynthia, she is a beauty and lifestyle vlogger who has amazing content. And two, the episode was just HILARIOUS to say the least.

Our Twitter account exploded with feedback from people who loved the collaboration and loved the laugh, mostly because they were laughing at me because I looked crazy at the end of the episode. I highly recommend this episode.

What is the biggest misconception about South African culture or youth you have addressed on your show and why?

Bongeka: The biggest misconception is that we are apathetic and don’t care to talk about anything serious or current. In our videos we’ve shown that, as young people we have dimensions and it’s not all fun and games all the time.

We’ve had a range of topics ranging from serious to light-hearted conversations showing that we are multi-faceted.

Thembe: That we are lazy. We are not lazy! We are just being labelled names so as to diminish our increasingly voiced opinions about topics that we are deemed not fit to comment on, like politics and social taboos.

Nwabisa: Honestly, I think our entire channel answers to the misconception that young people are lazy and not focused. We found a gap and we have really made it work hard for us and the support has been really amazing.

We and many others out there have shown that we are working hard to change our lives and the lives of those around us. I think more and more powerful examples of young people are coming out, which can only mean great things for other kids that need positive examples to look up to.